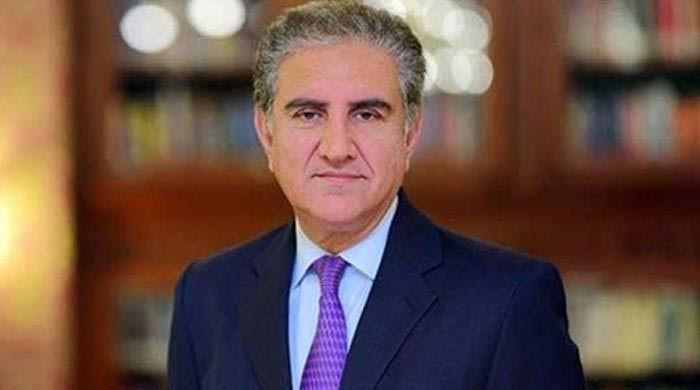 Foreign Minister Shah Mahmood Qureshi on Monday said he presented Pakistan’s stance on Israel to the United Arab Emirates (UAE) during his recent visit, and categorically told that Pakistan will not establish relations with Israel until a concrete and permanent solution is found to the Palestine issue.

“I heard and understood why UAE took the steps it did to recognise Israel and also presented Pakistan’s stance on the issue very clearly,” the foreign minister told reporters after performing traditional bath on occasion of 707th Urs ceremony of Hazrat Shah Rukknuddin Aalam. “Pakistan in any situation cannot establish relations with Israel until a concrete and permanent solution is found to the problem of Palestine,” he said.

When asked whether there was any pressure on Pakistan to recognise Israel, he said, “The prime minister has said this, I have clarified it and the Foreign Office (FO) has given a statement on this, there is no pressure by anyone on us. Number one, there will be no pressure on us nor there is. Number two, we have to make decisions keeping in mind Pakistan’s interests in front of us and not due to any pressure. We have a policy and we are still steadfast on it.”

Qureshi said that United Arab Emirate visa ban issue is temporary and it will be resolved very soon. Pakistan enjoys deep-rooted friendly ties with United Arab Emirate, he said, adding that the recent visit to UAE was aimed at discussing and deepening relationship between the two countries. Qureshi observed that he apprised the UAE leadership about developments on peace process in Afghanistan, status of Kashmir issue and visit of Taliban delegation to Islamabad.

Responding to a question, the foreign minister stated that UAE and Saudi Arabia do not think India as a substitute of Pakistan. He said there is resemblance in issues of Kashmir and Palestine, adding that Pakistan wanted solution of both issues as per wishes of the local people.

To another question about India, Qureshi remarked that India has always tried to damage Pakistan. “India is running terror camps, providing material to terrorists and also financing them to create unrest in Pakistan,” he stated, adding that Pakistan has presented dossiers, containing complete evidences of India’s involvement in terrorism to International community, P-5 countries and some other important countries of OIC.

He said Disinfo lab report is makes evident India’s bad intentions. “India is trying to malign Pakistan through fake NGOs, websites etc. The real face of India has been exposed,” he said. “Pakistan has made it clear that it will respond promptly to Indian aggression. Pakistan shared it concerns at international level that India is planning of launching false flag operation against Pakistan,” he said, and stressed upon the international community to take notice of Indian heinous designs. To a question about PDM protests, Qureshi remarked that opposition should understand severity of coronavirus issue. “The virus is turning more dangerous as England, Germany and many other countries of Europe are revising SOPs,” he said, and urged upon the PDM leadership to shun political agenda and follow national agenda only. However, he stated, the masses have rejected PDM in public meetings of Karachi, Peshawar, Multan, Gujjranwala and especially Lahore.