1.6m to get jobs under Punjab Rozgar Scheme: Awan 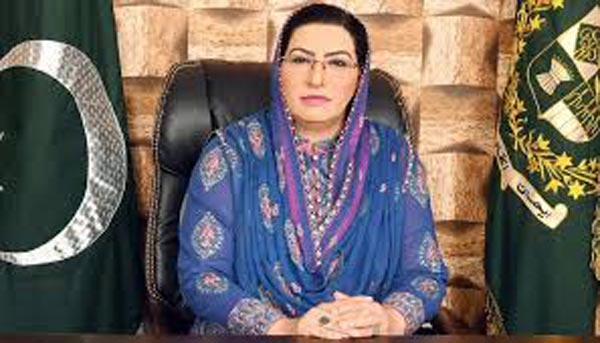 Special Assistant to Punjab Chief Minister on Information Dr Firdous Ashiq Awan has said that more than 1.6 million needy persons will get employment opportunities under the Punjab Rozgar Scheme.

Addressing a press conference during her visit to Lahore Chamber of Commerce & Industry on Monday, Awan said that loans from Rs100,000 to Rs10 million will be provided under the scheme.

She said that the Punjab government introduced a comprehensive and integrated industrial policy for the first time in the history of the country for promotion of industries in the province. She said that the government promulgated Anti-Hoarding Ordinance 2020 and launched “Qeemat Punjab” app for price checking and complaint registering. Dr Firdous said that about 362 Sahulat Bazaars were set up across the province including 13 in Lahore.

She said that the government established consumer courts in 17 districts of the province for protection of consumer rights. The government launched a loan program on soft conditions for the revival of cottage industry and initially under the scheme, skilled persons are given soft loans from Rs3 lac to Rs5 lac in 13 districts of the province, she added.

Dr Awan said that a substantial amount of Rs1.5 billion has been allocated for “Hunarmand Jawan” programme and the scheme is a reflection of Prime Minister Imran Khan’s vision for the youth and an important step towards fulfillment of the promise made with the people by the PTI regarding creating job opportunities.

She alleged, “Maryam Nawaz is the queen of corruption and she could not compete with the elected representatives of the people who came to assemblies with the power of vote.” She alleged that the agenda of opposition is to politically destabilise the country in order to damage Pakistan economically. The PTI is against the status quo and mafias, she added.

She said that the Sharif family used public money for self-projection and launched media campaigns against PTI during the election campaign. Despite all this, the incumbent government cleared all the outstanding dues and payments of media houses by the former governments.

She said that unfortunately the institutions were kept feeble and personalities were made powerful in order to undermine the law but the PTI government is ensuring the supremacy of law and strengthening the institutions.

Earlier, the special assistant on behalf of the Punjab chief minister attended the ceremony organised to shift the University of Engineering and Technology to solar energy.

Addressing the ceremony, she said that the entry of Punjab in the modern solar era is welcoming. She said that the Punjab government spends more than Rs36 billion annually on power supply to government buildings therefore, it has been decided to use alternative sources of electricity to save huge amounts of money.

She said that the government has already started working on it and the transfer of 10 government universities to solar energy by the Punjab government would save Rs1 billion annually and Rs25 billion till the expiry of the contract.