Climate change could create millions of migrants in Pakistan by 2050 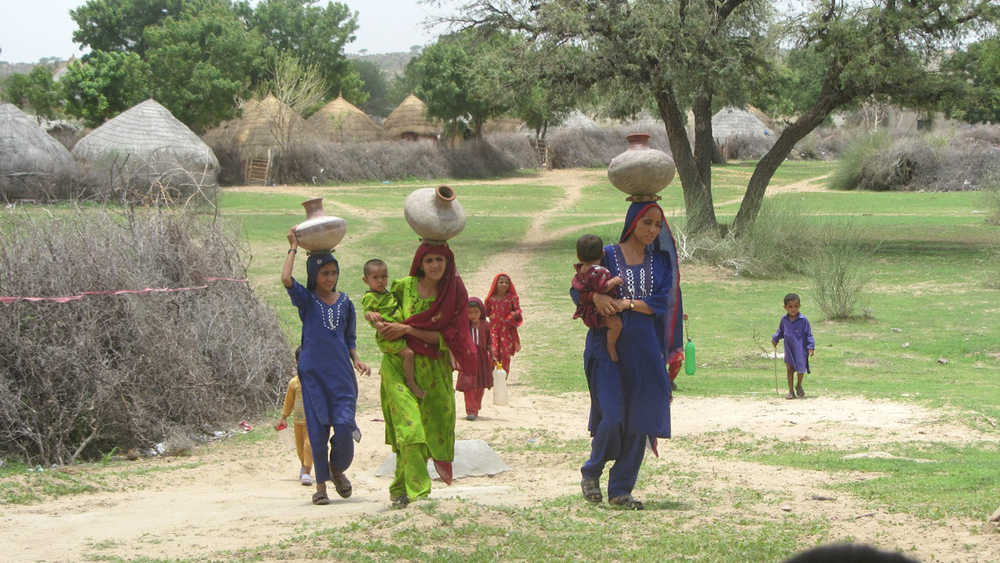 KARACHI: The growing impacts of climate change have already pushed more than 18 million people to migrate within South Asian countries, but that could more than triple if global warming continues on its current path, researchers have warned.

Nearly 63 million people could be forced from their homes by 2050 in the region as rising seas and rivers swallow villages, and drought-hit land no longer supports crops, said ActionAid International and Climate Action Network South Asia in a report.

The projection does not include those who will be forced to flee sudden disasters such as floods and cyclones and so is likely an under-estimate, noted Harjeet Singh, global climate lead at ActionAid.

He said the situation could become “catastrophic”.

Many will head from rural areas to towns and cities in their own countries, in search of work, he said.

There they often end up living in slum areas exposed to flooding and with very limited access to social services, doing precarious jobs such as rickshaw-pulling, construction or garment-making.

“Policymakers in the Global North and the Global South are not yet waking up to this reality,” Singh told the Thomson Reuters Foundation. “They are not realising the scale of the problem, and how we are going to deal with [it].”

He urged rich nations with high planet-warming emissions to redouble efforts to reduce their carbon pollution and provide more funding for South Asian countries to develop cleanly and adapt to conditions on a warming planet.

If governments meet a globally agreed goal to limit warming to below 2 degrees Celsius, the number of people driven to move in India, Bangladesh, Pakistan, Sri Lanka and Nepal could be cut almost by half by 2050, the report said.

It builds on research published in 2018 by the World Bank, which said unchecked climate change could cause more than 140 million people to move within their countries’ borders by 2050 in sub-Saharan Africa, South Asia and Latin America.

The new report, which used an updated version of the same methodology, raises the original 2050 projection for South Asian migration by about half, adding in new data on sea-level rise, as well as the effects of ecosystem losses and droughts.

The projections have financial implications for countries such as India and Bangladesh, where the poorest people often lack the means to move far from their original homes to safer places without state support.

The new figures show the largest number of people are expected to migrate by 2050 in India, at more than 45 million.

But the country with the sharpest projected rise in migration is Bangladesh, with a seven-fold increase from today.

The report included examples collected by aid workers of people who have already been hit by worsening climate pressures.

In the arid Tharparkar district, Rajo, 37, and her husband, both labourers, moved to three different places in their area in the last three years to escape hunger caused by severe drought.

She lost a baby because of the heavy lifting in her job and had to borrow money from the landowner to cover medical bills for her family, she told the researchers.

Kabita Maity, from an island in the Sundarbans delta region of India, has had to move five times as previous homes were gobbled up by the sea.

“We will have to stay here until the sea forces us out, as we do not have resources to buy land and resettle inwards,” Maity was quoted as saying.

The report called on South Asian governments to do more to prepare for worsening displacement linked to climate change — and emphasised the importance of acting now to limit the number of people who will be forced to migrate in the future.

It recommended strengthening social protection systems to provide cash and work for those affected by climate extremes and improving essential services for migrant workers in cities – now hit doubly by the COVID-19 pandemic, with many left jobless.

Where people are relocated, authorities need to ensure the land is safe and fertile, tenure rights are secure and people have enough money to build new homes, it added.

“South Asian leaders must join forces and prepare plans for the protection of displaced people,” he said in a statement.