Jupiter and Saturn meet in closest ‘great conjunction’ since 1623

Astronomers are gearing up for a heavenly spectacle when Jupiter and Saturn huddle closer together in the evening sky than they have for nearly 400 years. 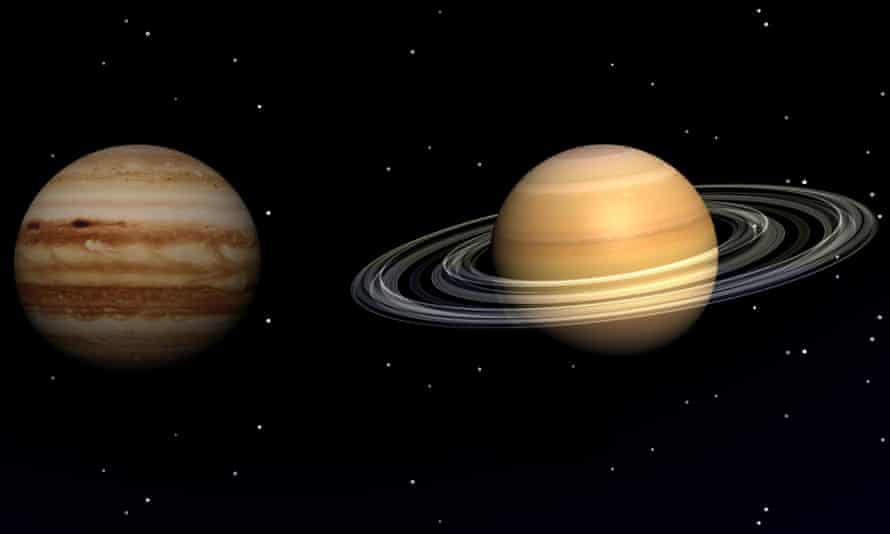 The celestial event will play out on Monday when the solar system’s two largest planets appear side by side in a ‘great conjunction’ above the horizon soon after sunset.

In the distant past, such alignments of the planets were seen as portents of things to come, from great fires and floods to the birth of Christ and the ultimate collapse of civilisation.

What is great conjunction?

In 1610, Italian astronomer Galileo Galilei pointed his telescope to the night sky, discovering the four moons of Jupiter – Io, Europa, Ganymede, and Callisto. In that same year, Galileo also discovered a strange oval surrounding Saturn, which later observations determined to be its rings.

Thirteen years later, in 1623, the solar system’s two giant planets, Jupiter and Saturn, traveled together across the sky. Jupiter caught up to and passed Saturn, in an astronomical event known as a “Great Conjunction.”

NASA recommends that viewers should find a spot with an unobstructed view of the sky, such as a field or park. Jupiter and Saturn are bright, so they can be seen even from most cities.

An hour after sunset, look to the southwestern sky. Jupiter will look like a bright star and be easily visible. Saturn will be slightly fainter and will appear slightly above and to the left of Jupiter until December 21, when Jupiter will overtake it and they will reverse positions in the sky.

The planets can be seen with the unaided eye, but if you have binoculars or a small telescope, you may be able to see Jupiter’s four large moons orbiting the giant planet.