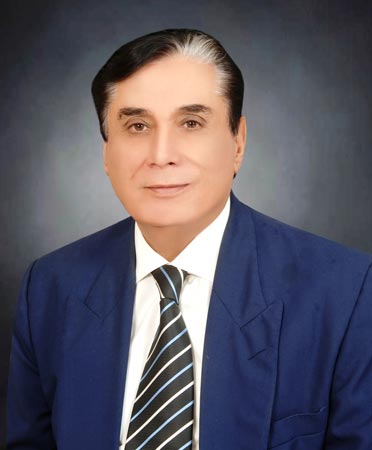 Chairman National Accountability Bureau (NAB) Justice (retd) Javed Iqbal on Sunday said that they have concrete evidence of money laundering worth billions of rupees from the country. Criticising those who claim that there is no money laundering from the country, the NAB chairman said that billions of rupees have been transferred illegally abroad. He further said that money laundering is the major reason behind the ill-constructed infrastructure in the country. He said that even people were fooled in the name of religion through the Modaraba scandal. Shedding light on the performance of the NAB, Justice (retd) Javed Iqbal said that since its establishment, the accountability watchdog deposited Rs714 billion looted from the national exchequer. He said that the NAB is responsible for probing white-collar crime and such cases need time to collect evidence. “We have detected billions of rupees being transferred abroad through benami accounts in the name of Falooda wala [ice cream seller] and chabri wala [pedlar],” he said.