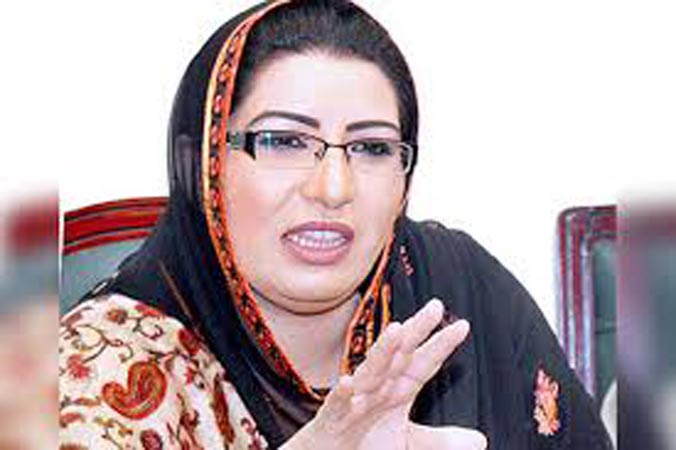 Special Assistant to Punjab Chief Minister on Information, Dr Firdous Ashiq Awan has said that as compared to Pakistani politicians, players of the country have rendered invaluable services for the image building of Pakistan.

“Aamir Khan and Muhammad Waseem are great sons of the soil who played a great role for portraying a soft image of Pakistan across the world. Every Pakistani is proud of its players,” said the special assistant.

She said, “Allah Almighty has blessed our youth with utmost potential and despite lack of opportunities, our sportsmen are performing well in every sports field.” She said that for the first time in history of the province, the Punjab government has formulated a well-defined comprehensive sports policy to strengthen the structure of sports activities and under this policy, young sportsmen from rural areas would get equal opportunities to excel themselves in sports.

She said that by organising the international boxing competition in the Governor House, Ch Muhammad Sarwar has given the message to the sportsmen that the doors of public places are open for the youth.

She said that the popularity of Muhammad Waseem in international boxing is a defeat of anti-state elements who are trying to create instability in Balochistan. She said that Waseem represented Balochistan as a moderate and progressive province of Pakistan.

Responding to a question, Dr Firdous said that Imran Khan delivered a great yorker by hitting the middle stump of Pakistan Democratic Movement (PDM) in Lahore meeting. She said that PDM entered the field without practice that’s why it got hurt. After failure of PDM’s Lahore meeting, now there is a complete silence in Jati Umra, she added.

“PDM should come in the ring after warm-up next time”, she advised. She said that Imran Khan knocked out Nawaz Sharif from politics by hitting him with a legal blow. In order to bring these political absconders back to the country, the PTI government is negotiating with the UK government, she added.

She said, “The government has played half of its innings and now we have decided to play powerful political shots in the next half of our innings.” She said that the decision to hold Senate elections by “show of hands” is the first sixer from Imran Khan which has surprised the opposition.

She said that the opposition is unable to comprehend the political balling strategy of Imran Khan. The PTI government will surely win the majority in Senate elections, she added.