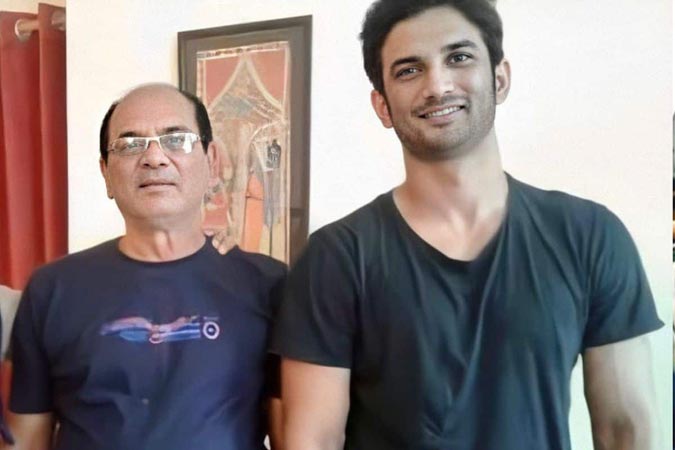 A picture of late actor Sushant Singh Rajput’s father KK Singh in a hospital bed is going viral on the internet. According to reports, Singh was admitted to Faridabad-located Asian Hospital after he complained of a heart issue.

The picture shows Singh looking into the camera, smilingly, while his daughters stand next to him.

It is to be noted that KK Singh and his daughters have been fighting for the justice of his son, a noted Bollywood actor Sushant Singh Rajpur, whose untimely demise in June this year shook the entire nation. In an FIR filed at Patna police station, Singh accused Sushant’s girlfriend Rhea Chakraborty and her family members for abetting the actor’s suicide.

For the universe, Sushant was found dead at his rented apartment in Mumbai’s Bandra on June 14, barely days after his alleged live-in partner and girlfriend Rhea Chakraborty moved out with her belongings of his house. Police did not find any suicide note from the spot.

Sushant’s death case was transferred from Mumbai Police to the Central Bureau of Investigation. After CBI started the investigation, the Enforcement Directorate and Narcotics Control Bureau (NCB) also got involved and inspected the case through all directions, including the drug angle Bollywood.

No official statement has been given by the central agencies yet.

Meanwhile, Sushant Singh Rajput-starrer Chhichhore has been chosen among the 23 films that will be screened as part of the Indian Panorama section at the 51st International Film Festival of India (IFFI), to be held from January 16 to 24. This was announced by Union Information and Broadcasting Minister Prakash Javadekar on Saturday. The Sushant-starrer ‘Chhichhore’ has been included as part of three mainstream films, along with ‘Asuran’ and Musthafa’s Malayalam film, ‘Kappela’. The mainstream films were selected by an internal committee of Directorate of Film Festivals (DFF) based on the recommendations of Film Federation of India (FFI) and Producer’s Guild.’