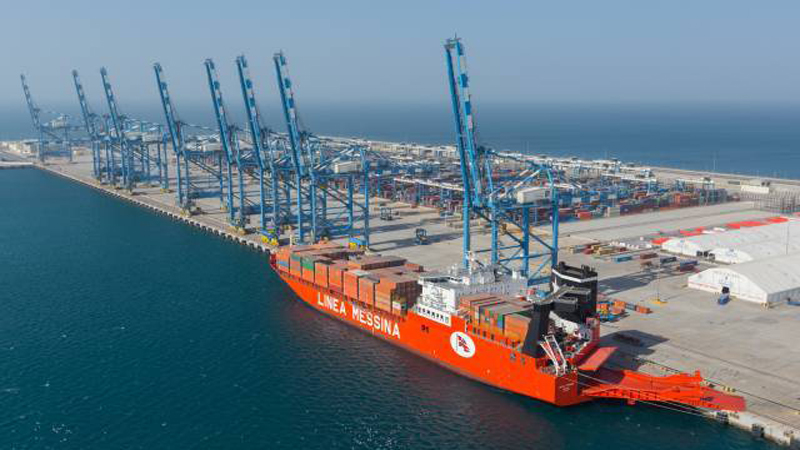 Gwadar Port has gone digital as the state of fiber optic cable network is finally operationalized in true letter and spirit, ushering in era of modern E-Custom at the Port for easier and simpler trans-shipment and containerized trade on commercialized modules.

According to a Gwadar Pro, with laying down fiber optic cable, paperless custom procedures has become fully functional, transforming Gwadar into a bustling hub of regional and international trade to Afghanistan, Central Asia and China.

He said that the fresh development would play a tremendous role in facilitating traders, custom officers, and agents. “It would make processes simpler, GD clearance system faster and container tracking easier,” he opined.

“The system was developed jointly by the Pakistan Customs and PRAL, and was first implemented on trial basis at Port Muhammad Bin Qasim. Subsequently, WeBOC was further rolled out at other terminals and customs stations,” he added.

CPEC’s commercial route runs from Gwadar to western China. The corridor, now worth over $ 60 billion, needs faster internet connectivity to run its large-scale operations smoothly. Fiber optic cable is a gigantic step to fulfil this commercial need. Achakzai added that the company had taken several initiatives to improve internet connectivity in industrial areas as it acknowledged the importance of communication infrastructure.

Earlier last week, Adviser to Prime Minister on Commerce and Investment Abdul Razak Dawood had said Gwadar port would provide huge opportunities to the energy rich Central Asian Countries and Afghanistan for regional trade connectivity. He had said that government was prioritizing the economic integration to promote regional trade and connect the regional important trade players with the deep sea port Gwadar. He had said that Central Asian Republic (CARs) are demanding to providing them trade facilitation in Gwadar and Bin Qasim sea port for international and regional trade and providing them the facility of the warehouse. “Deep Sea Port of Gwadar has its own Geo-Strategic and economic importance which was located at the centre of regional connectivity and a possible railway link from Gwadar to Kandhar and other parts of Afghanistan. Central Asia via Afghanistan can become a key trade and transportation route for the entire region,” he had said.

Razak Dawood had said that Pakistan was actively participating in regional forums of Central Asia Economic Cooperation (CAREC) and Quadrilateral Traffic in Transit Agreement (QTTA) so that maximum benefits could be taken when the Gwadar Port operates at full capacity in near future. Government of Afghanistan had requested Pakistan to provide Cross-Stuffing Facility at Gwadar Port, he said and also informed that when modalities were finalized by the Federal Board of Revenue (FBR), ample employment opportunities will be generated for the locals. He had said that development of Gwadar Port under China-Pakistan Economic Corridors (CPEC) would provide more opportunities to establish new industries as huge investment had been pouring in under CPEC and it would also provide the shortest possible route to the goods in transit.