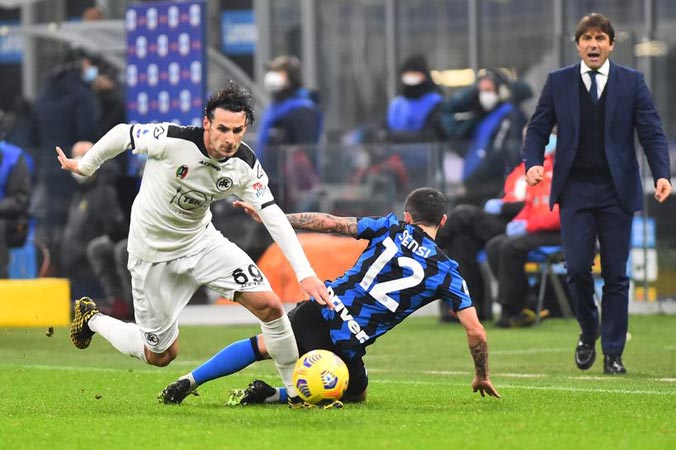 MILAN: Second-placed Inter Milan needed second-half goals from Achraf Hakimi and leading scorer Romelu Lukaku to overcome stubborn resistance from Spezia as they beat the Serie A newcomers 2-1 on Sunday. The win kept Antonio Conte’s side one point behind leaders AC Milan, who won 2-1 at Sassuolo. Spezia, making their Serie A debut this season, held out until seven minutes into the second half when Hakimi latched onto Lautaro Martinez’s pass, sped away and slipped the ball past Ivan Provedel. Lukaku added the second from a penalty in the 71st minute, his 11th league goal of the season, after M’Bala Nzola handled. Roberto Piccoli pulled one back for the visitors in stoppage time.