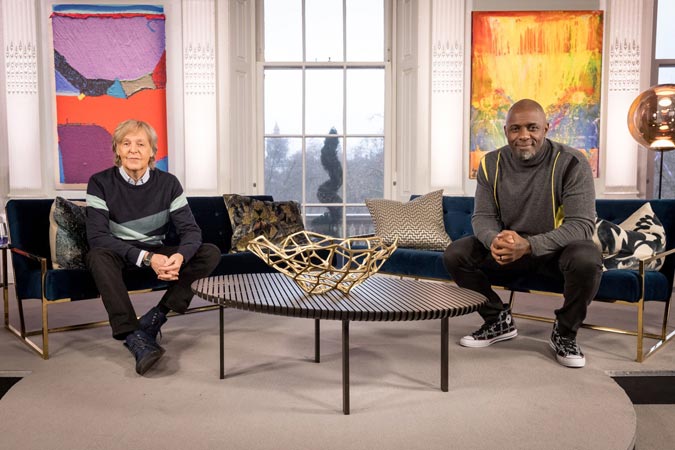 Sir Paul McCartney has said he finds being famous “great” during an interview with Idris Elba.

The former Beatle spoke to the actor for a special programme which will be broadcast on BBC One and BBC Radio 2.

The pair discuss Sir Paul’s songwriting, their working-class roots and the coronavirus pandemic.

When Elba asks Sir Paul how he deals with fame, Sir Paul replies: “I like it! Does that answer your question?”

He added: “The truth is, we’re getting really famous here, so you either stop this or you’d better get with it, try and enjoy it or there’s your life shot.

“So you know and I know and all famous people know, there’s nuisance moments, you’re in a restaurant with your wife and someone comes up and, ‘I hate to interrupt’. Really?

“They are the non-great moments but all in all, it’s great, I like it.”

Sir Paul, 78, also discussed his musical influences.
“There was a lot of music going on as a kid, my dad was playing the piano, it’s all feeding into my computer,” he said.

“I don’t realise this, but later when I got my own guitar, when I’m starting to make music and write songs, I start to realise that it’s all that stuff that I had heard.

“It had given me all that data, it’s like a computer.”

Sir Paul said he does not find songwriting difficult and “melodies just suggest themselves”.

Writing on Twitter on Friday, Elba, 48, labelled the interview “an opportunity I was never going to miss”.

The interview will be broadcast on television as part of a special programme titled Idris Elba Meets Paul McCartney.