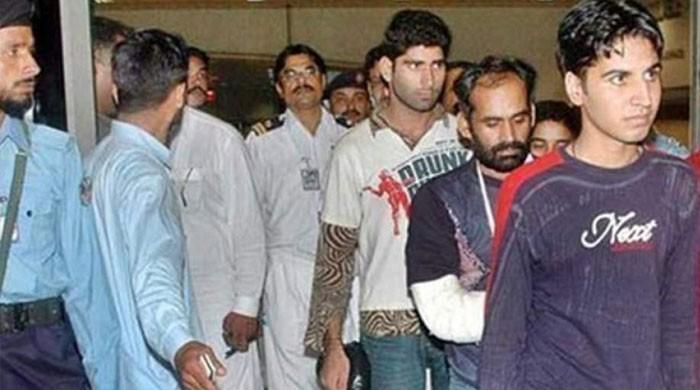 The deported Pakistanis were allegedly involved in criminal activities, according to the Saudi government. A team of the Federal Investigation Agency (FIA) arrested the suspects and took them into their custody.

Earlier on Wednesday, a flight carrying 30 Pakistanis deported from Greece reached Islamabad, while 139 deportees from Saudi Arabia allegedly involved in criminal activities had arrived in Multan.

The foreign ministry, on a request from the Embassy of Greece, had asked the Civil Aviation Authority (CAA) to allow the flight to land on Pakistani soil.