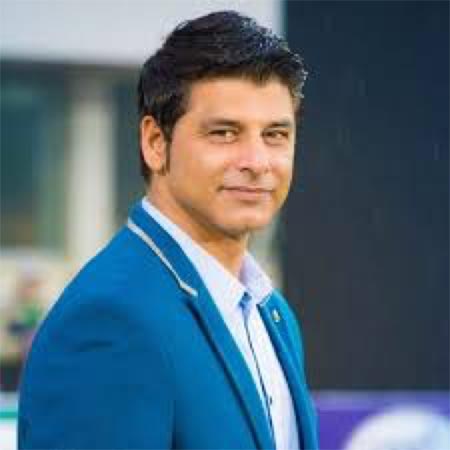 LAHORE: The Pakistan Cricket Board (PCB) on Saturday named former Test batsman Muhammad Wasim as new chief selector till World Cup 2023. The PCB has also named former Test wicketkeeper-batsman Saleem Yousuf as chairman of the cricket committee. The chief selector post was lying vacant after former Test captain Misbahul Haq stepped down in October to concentrate on his job as head coach of the national team. The PCB had initially considered former cricketer Mohammad Akram for the position, but the deal fell through over disagreement on the structure of the selection committee. The 43-year-old Wasim is currently the head coach of the Northern Cricket Association, which is in second place in the ongoing Quaid-e-Azam First-Class Tournament. He has been asked to leave his coaching role with Northern at the end of ongoing domestic trophy to lead the selection committee. Last season, his side won the National T20 Cup and were runners-up in the Quaid-e-Azam Trophy. His first assignment will be picking the Pakistan side for home series against South Africa next month. Pakistan will have a hectic 2021 as they are planning to host at least four international teams — South Africa, England, New Zealand and West Indies — besides playing in the Twenty20 World Cup in India.

Wasim, who hails from Rawalpindi, played 18 Tests and 25 one-day internationals for Pakistan between 1996 and 2000. He scored 783 runs in Test matches that included a century on debut against New Zealand. He also served as coach of the Sweden men’s team in 2018 before being appointed as Northern Cricket Association head coach last year. Wasim said in a statement: “I have been very fortunate to have played with some of the finest cricketers and am confident that I will be able to execute those learnings in this challenging role. We have a busy 2021 year ahead and I will focus on being positive on selections that not only address our short-term needs but also fulfil our long-term ambitions.” He added that Pakistan had immense talent and it was important that they were given opportunities. “This is a performance-oriented world and, as such, my philosophy will be to promote meritocracy and select squads according to home and international conditions and requirements. As a chief selector, I will always be willing to make the hard calls, if these are in the best interest of Pakistan cricket. I look forward to working closely with head coach Misbahul Haq and captain Babar Azam as we collectively strive to take Pakistan cricket forward.”

On the other hand, cricket committee chairman Saleem has more sparkling career than Wasim. He played 32 Tests and 86 ODIs from 1982-1990. He scored 1055 Test and 768 ODI runs, dismissed 104 batsmen in Tests and 103 batsmen in ODIs. Saleem played first-class cricket from 1978-1996 for five sides. Scored 4578 runs and dismissed 339 batsmen. He also played in the ICC Men’s Cricket World Cup 1987, which was hosted by India and Pakistan. He was member of the Pakistan sides that beat India in India in 1986 and England in England in 1987, and won the Nehru Cup in India in 1989. He served as assistant manager and coach of the Pakistan side for the 1996 World Cup. Saleem previously served as a member of the national selection committee from 2013-2015. The former head of this cricket committee was Iqbal Qasim who had resigned in September this year after saying the role was ‘toothless.’ The cricket committee also includes the representative of match officials Ali Naqvi, representative of current cricketers Umar Gul, representative of women cricketers Urooj Mumtaz and representative of former cricketers Wasim Akram. When the committee was formed in October 2018, it was said to have a wide-ranging role in overseeing all aspects of Pakistan cricket but was not given any decision-making power. The members were supposed to meet three times a year to discuss a variety of issues, including concerns at the first-class level that have drawn increasing attention over the last few years. But the committee has rarely functioned smoothly and has often been subject to changes. Saleem said it was an honour to chair the group, which boasts some highly respected and knowledgeable people. “The objective of this panel is to evaluate, analyse and assess cricket-related matters and then make recommendations to the PCB chairman on how Pakistan cricket can improve, strengthen and move forward.”

PCB chief executive Wasim Khan said: “Muhammad Wasim and Saleem Yousuf have sound knowledge of cricket, understand the rigours and demands of the modern game and are highly respected across the cricket fraternity. Both the gentlemen are also aligned to the PCB’s five-year strategic pillar of strengthening our merit and opportunity-based domestic structure, as well as improving our international rankings across all formats.”