This show I’m doing now will be something that hasn’t been done before: Ahsan Khan 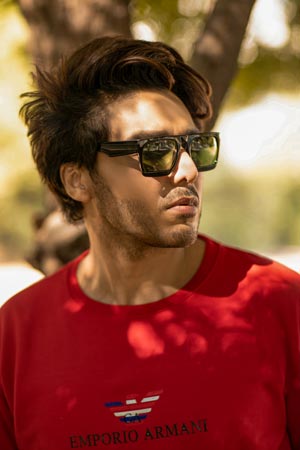 We have heard you are coming up with a new show after ‘Bol Nights,’ is that true? If yes, what is the show about as we all really enjoyed your hosting and can’t wait to watch this one.

Yes, I have almost done a 100 episodes so far and people loved it and it was a pleasant surprise to see how much appreciation I’ve received, even when the repetitions of episodes play. In candid chit-chat we also spoke about things which aren’t really discussed usually, ‘Bol Nights’ was not a typical show with the same questions. ‘Bol Nights’ was like a breath of fresh air, it had information and entertainment, games and celebrities opened up a lot in that show! Basically, it was a great experience but I didn’t want to carry on the monotony and wanted to start something different, adding to it. This show I’m doing now will be something that hasn’t been done before, with celebrities included, heart to heart talks and much more. If you enjoyed ‘Bol Nights,’ you’ll enjoy this 10 times more! I can’t wait till it comes on air.

The ‘Bol Nights’ script was usually done by you and the candid style of the show was lined by the masses, who is working on this show with you?

Usually ‘Bol Nights’ was a show where I made the script myself, as well as the questions. The conversation was not planned, it was natural, from the heart and authentic, which is why the masses enjoyed it. People enjoy when actors talk about their own personal lives and the goings-on at home and such. In this show I was working with a lot of professional people such as, Danish Khawaja, Hina, Adeel, Ansari Sahab, to name a few.

You are shooting for your feature ‘Chakkar’ these days, can we get some details about the film?

Yasir Nawaz is directing the film I’ve been working on right now. It’s a suspense thriller genre, something which has not really been experimented with in Pakistan. It has some dark comedy but it’s a fast-paced suspense film and I found both the script and narrative quite intriguing and enjoyable. The film is almost complete now and we will be revealing more very soon. I feel like people will get hooked to the story when they see it and hear of it. The film has been shot in Karachi and as a director Yasir knows how to capture the audience, like in his other films as well. I believe people are going to like this film!

‘Qayamat’ your upcoming 7th Sky serial is also just round the corner. What’s the character in it like? Is it something like Umar from ‘Bandhe Aik Dour Se’ or are we going to see a different Ahsan Khan?

‘Qayamat’ is being directed by Ali Faizan, who directed ‘Bandhe Aik Dour Se,’ the script is totally the opposite to the serial and the character. Umar is a naive kind of guy and is stuck in a family issue, he is in love and confused. In ‘Qayamat,’ the character is negative according to the genre, having a shade of grey. The character here is a sort of ‘villain’, a little over the top. His behaviour and dialogue delivery is something I have not done before nor have I taken inspiration from an older character. The way I’ve kept my tone, body language and tempo is something not seen before. I think people will find this unique and also a bit repulsive due to the character’s antics, as his style spectrum is quite wide, I’ve enjoyed experimenting a bit with it.

We heard you are also singing for something these days, is that true?

I’m singing all the time. I love music so whenever I get a chance I do sing. I am going to be part of a collaborative project soon for a cause so will break it when the time comes

What is your take on 2020 and what would be your new year resolution?

The year 2020 has been a very difficult year to not be able to function at first due to COVID lockdowns and then the onslaught of work that came with opening up of production. I would just like to thank god and all my fans for getting us through all this…my resolution is to get more selective about work in the coming year.