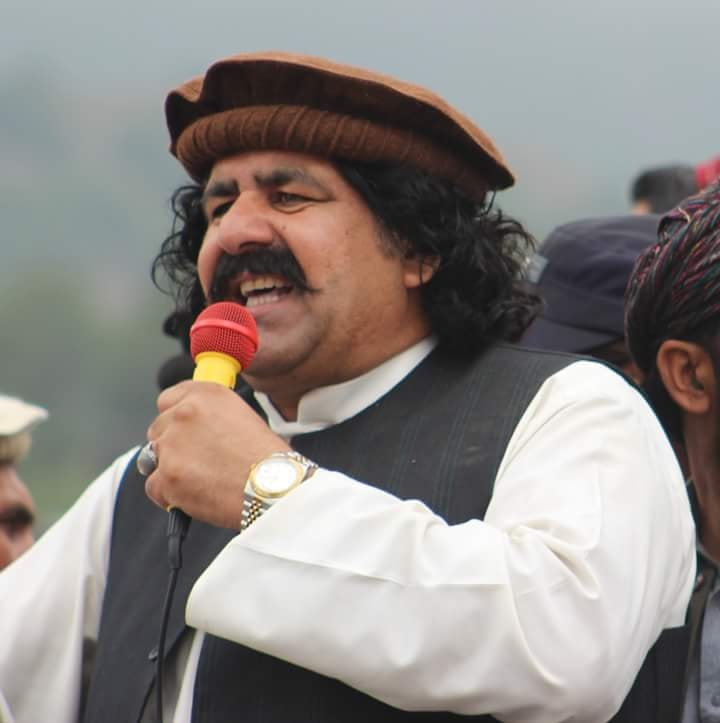 South Waziristan lawmaker Ali Wazir was sent on physical remand by an anti-terrorism court in Karachi on Saturday.

The MNA and five other accused were presented in court where the police requested a one-month remand of the accused. However, the court sent them on remand till December 30.

The IO informed the court that Wazir and others had organised a rally without seeking prior permission from authorities, and delivered speeches using provocative language against state institutions. He said that the custody of the suspects was required to complete the investigation and other legal formalities. The IO requested the judge to grant physical remand of the suspects till January 17. However, the judge remanded them in police custody till December 30 with directions to the IO to produce them on the next date along with an investigation report.

Earlier on Wednesday, Wazir said he had no idea why he was detained in Peshawar. “I have received pre-arrest bail as well,” he had said at the time.

Speaking on the matter on the same day, MNA Mohsin Dawar said Wazir had been arrested while he was exiting the Shuhada-e-APS Memorial Library. Peshawar’s Central City Police Officer (CCPO) Muhammad Ali Khan had mentioned that “a team of Sindh police” arrived in the capital of Khyber Pakhtunkhwa. He said that “we assisted [them] in arresting Ali Wazir”.

A case was registered against the South Waziristan lawmaker and others – including Manzoor Pashteen and Mohsin Dawar – at Karachi’s Sohrab Goth Police Station on the government’s complaint. It was filed on December 7 after Wazir and others addressed a December 6 public rally in the same area. According to the first information report (FIR), the rally’s organisers had not obtained prior permission to hold the event. “Speakers at the rally used hateful words against the Pakistan Army, Rangers, and others,” it said. A letter was written to the Khyber Pakhtunkhwa police for the arrest of Ali Wazir in the case, police officials said.