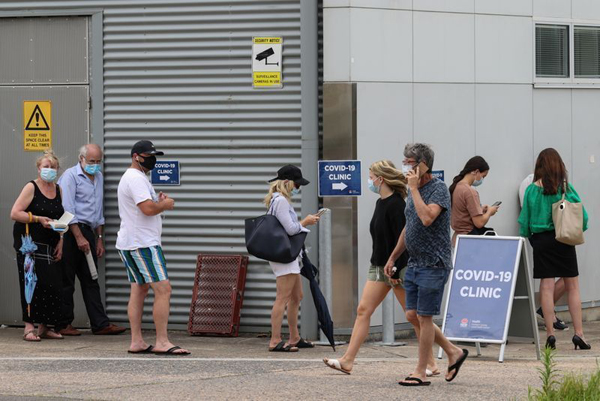 Around a quarter of a million people in Sydney’s northern beaches were ordered on Saturday to stay at home until Wednesday midnight after a coronavirus cluster grew by 13 new cases, New South Wales Premier Gladys Berejiklian said. Sydney, Australia’s largest city of around five million people, may see some citywide restrictions implemented in the coming days, with the northern beaches outbreak now at 39 confirmed cases, Berejiklian said. Two additional cases were under investigation. “I should say, to put everybody on notice, we will be considering … whether this time tomorrow we do revert back to some restrictions in greater Sydney,” she said. She added, however, that the restrictions will not be as tough as for the northern beaches. Residents there were asked to stay home unless for one of four essential reasons: grocery shopping, work, compassionate grounds including emergency medical treatment, or visiting an isolated relative.