Giving love is an education in itself: Ankita 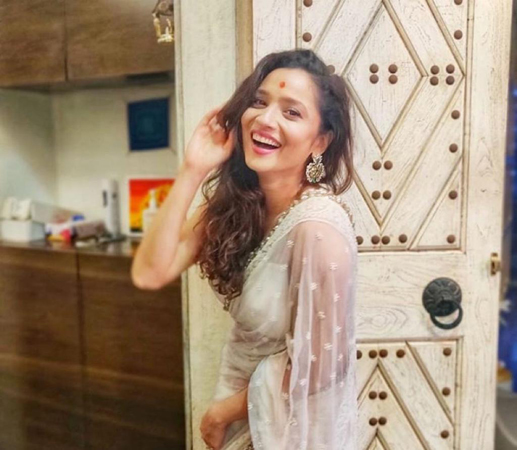 The actress shared a video on Instagram where she can be seen celebrating her birthday at an orphanage, cutting cake and playing with the kids.

She chose a long white kurti with yellow embroidery for the occasion. She captioned her post as, “The giving of love is an education in itself.” Ankita’s friends also threw a party for her at midnight. The actress can be seen surrounded by her boyfriend Vicky Jain, friend Vikas Gupta and other companions. She is seen cutting many cakes while she makes a wish. Sharing the video from the party, Ankita wrote, “Birthday special. Happy birthday”.

Recently, Ankita shared a clip of her tribute to late actor and co-star Sushant Singh Rajput. At Zee Rishtey Awards 2020, the actress performed on various Bollywood songs and title track of the duo’s show ‘Pavitra Rishta’s track ‘Saathiya tune kya kiya’. Getting teary eyed, the actress says that her and Sushant’s relationship is “amar”.

Ankita is a popular TV actress who shot to fame with ‘Pavitra Rishta’ along with co-star Sushant. She made her Bollywood debut with ‘Manikarnika: The Queen of Jhansi’ in 2019.

She has also participated in ‘Jhalak Dikhhla Jaa’ and ‘Comedy Circus’.