* ‘Happy to inform everyone that I have finally tested negative for COVID-19,’ she wrote 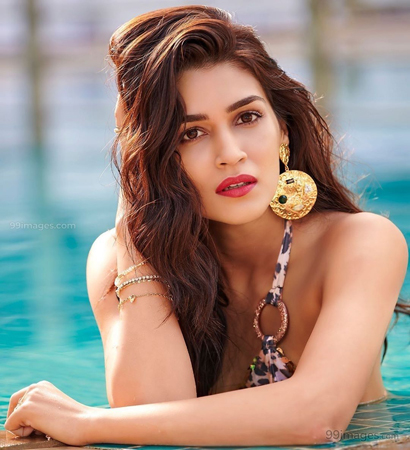 Actress Kriti Sanon has released an official statement revealing that she has tested negative for COVID-19 and thanked everyone for their good wishes.

The actress shared the health update on Instagram stories. &quot;Happy to inform everyone that I have finally tested negative for COVID-19,&quot; she wrote. &quot;A big thank you to @my_bmc officials, respected assistant commissioner Mr Vishwas Mote and my doctor for all the help and assistance. And thank you all for the warm wishes and the never-ending love,&quot; the actress shared.

On December 9, Kriti Sanon had announced that she had tested positive for Covid-19, adding that she was &quot;feeling fine&quot;.

&quot;I would like to inform everyone that I have tested positive for Covid-19. There is absolutely nothing to worry as I am feeling fine and have quarantined myself as per BMC and my doctor&#39;s advice. So I am gonna ride this tide, rest it out and resume work soon. Till then, I am reading all the warm wishes and they seem to be working. Be safe guys, the pandemic hasn&#39;t gone yet,&quot; she had said back then.

The actress tested positive as she returned from Chandigarh where she had been shooting with actor Rajkummar Rao for Abhishek Jain&#39;s upcoming comedy &quot;Second Innings&quot;. The film also stars Paresh Rawal and Dimple Kapadia and is scheduled to release next year.

The actress will also feature alongside Akshay Kumar in the action-comedy &quot;Bachchan Pandey&quot;, and will be seen in Laxman Utekar&#39;s &quot;Mimi&quot; where she plays the role of a surrogate mother.