* That is, in part, because Boseman’s performance suggests the insight and dramatic acumen of an actor who understood this material on intimate terms, inside and out 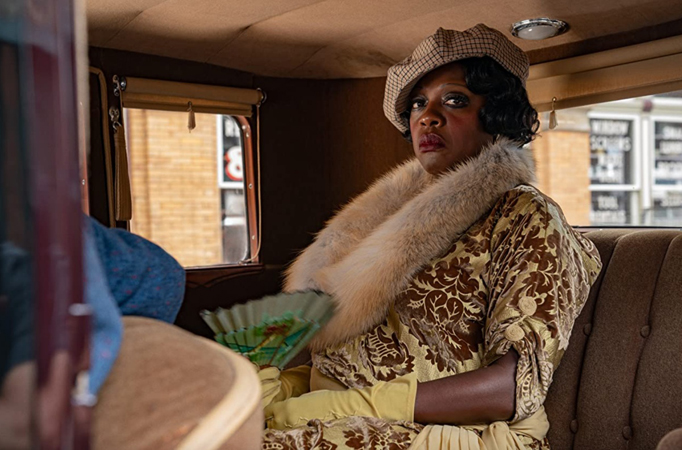 It is hard to watch Ma Rainey’s Black Bottom — George C Wolfe’s screen adaption of the seminal August Wilson play of the same name, from 1982 — without remembering that it’s Chadwick Boseman’s last movie.

It’s hard in part because Boseman — playing the ambitious horn player Levee — gives a skillful, humbling turn in a role that is but one of the many classically flawed, tragically compelling black men Wilson brought to the American stage. It’s the kind of performance that makes you miss Boseman. The kind of performance — full of flirtation and fire, gumption and folly — that makes you wish you could see just what else the actor would go on to do.

That is, in part, because Boseman’s performance suggests the insight and dramatic acumen of an actor who understood this material on intimate terms, inside and out. Wolfe’s movie, like Wilson’s play before it, is set in 1927, and is mightily concerned with the paradox of black worth — then and now. It dramatizes the gap between the value of what black Americans have contributed to this country — in this case, the essential role that black expression, such as the blues, played in redefining American music and culture — and, on the other hand, the utter lack of value imposed on black people by that very same America. It’s the paradox that the titular blues pioneer Ma Rainey has in mind when she says: “They don’t care nothing about me. All they want is my voice.”

Which is why it’s also hard to watch Ma Rainey without thinking of that viral clip of Davis saying: “Pay me what I’m worth.” She was talking about her career, the ways in which a resume comparable to that of higher-paid, comparably skilled and trained actresses of her generation hasn’t garnered her nearly the same amount of opportunity or compensation. It’s a cutting, real-life monologue that compels in its own right. It also, just as well, could have been an audition for this movie, which — for all the ways that a wondrous cake job from the makeup department has chintzed her up with Ma Rainey’s iconic gold teeth and an irresistible near-gothic ring of colour around the eyes — works in part because it is so recognizably Davis.

Ralph Ellison once wrote of the legendary Mahalia Jackson, that there are “certain women singers who possess, beyond all boundaries of our admiration for their art, an uncanny power to evoke our love.” Ma Rainey, on the other hand — with her swaggering moans, her brashly sexual lyrics, her hearty meal of voice emerging sinewy and wet — evokes emotions

decidedly more forbidding — and forbidden. The freedom of pleasure, to say nothing of its danger, leapt out of that voice. It’s a role that practically begs of an actress: Go big. And big Davis goes — but not because this movie is about Ma Rainey’s singing exactly, though, obviously, it’s only fair to give an actress so generous and bold of expression as Davis a chance to tear down the house with a lip sync worth its weight in a decade of Drag Race showdowns. That’s how the movie starts: in the Georgia backwoods, with black folk creeping through what at first seems to be a perilous wooded darkness, like something out of a film about runaway slavery. Only these people, already free — even if with an asterisk — are headed to see Ma Rainey sing. That’s part of what’s at stake in that pleasure you hear in Ma’s voice, the fugitivity in her growl. It’s a little jarring, then, to cut, mid-performance, from that backwoods joint to a music hall up north, where Ma — now big-timer whose records are selling — has got a bigger stage to work, a more professional band, a bigger sound.

As Ma herself says in the film, blues isn’t just a style or a way with the voice. It’s “life’s way of talking. You don’t sing to feel better. You sing cuz that’s the way you understanding life.”

Which is very much to the movie’s point. Ma Rainey, the movie, follows up Fences, the Denzel Washington-directed August Wilson adaptation from 2016, which also starring nabbed Davis an Oscar. The plays on which these works were based came out in the opposite order, in the 1980s, and comprised the second and third works in Wilson’s nine-play “Pittsburgh cycle.” Wilson’s enduring career interest was in excavating, not something so straightforward as “the reality of black life” throughout 20th-century America, but something distinctly mythic and poetic, too: a reality that always seemed aware of itself as theater, that used spiritual symbols, high tragedy, archetype, disability, perhaps even something like magic, to afford these lives a singular grandeur. That’s the spell they hold over us in their best stage renditions.

It’s also what makes the transition to film a bit hard to pull off in the same way — which is by no means to say that the film adaptations of Fences and Ma Rainey lack power or satisfaction. It’s just a humbler power; the movies themselves don’t quite rattle your bones, knock your organs out of place, in the same way. But they each make incredible cases for the actors therein. I want to see the Viola Davis of Fences slobbering with grief in close-up, actually, thank you very much; I want to see Chadwick Boseman, in Ma Rainey, go wild in the eyes when the dramatic outcomes portended throughout the movie, the failures promised of his character from the second he buys a swaggering new pair of shoes and shows up with an attitude, finally comes it the story’s climax.

And I want to see the other actors — chiefly Glynn Turman, Colman Domingo, and Michael Potts as the rest of Ma’s band — spend a good chunk of the story nimbly poeticizing their way through what almost resembles a hangout movie. That’s the thing about Ma Rainey, by the way: this is story about a recording session, and all the interpersonal frictions dredged up when we get these people into a room. There are battles waged here, navigated across generational, ideological, artistic, and other lines — and these conversations and tensions are what prove to be pleasurable and successful.

It’s never fun for a movie’s roots in the theater to feel like a limit on its potential as a movie.

There really shouldn’t be a hindrance. But when there is, it’s often because the original materials language is so rich, and the movie so tied to giving it its due, that it all feels a little too reigned in. Wolfe does add a dash of historical digression, with photographs and tableaux bringing greater visual context to the story. But this movie’s primary strength is in Wilson’s words, his facility with ideas and symbols and attitudes, and what the actors do with all of the above. The movie, as a movie, has its limits. But Wilson’s material remains unbound.