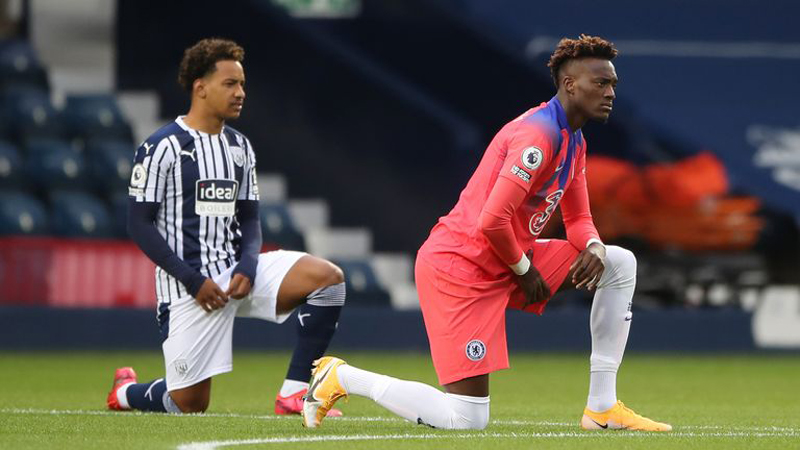 LONDON: English soccer players are “overwhelmingly in support” of continuing to take a knee as an act of solidarity against racial inequality, the Professional Footballers’ Association (PFA) said on Friday. The players’ union consulted members on whether they wanted to continue after a series of incidents where fans booed the gesture, and how best the leagues, clubs and players should express the anti-discriminatory message. The result of the survey showed the players “support continuing this act of solidarity despite any adverse responses that may be received”. A number of Millwall, Colchester United and Cambridge United fans booed their players taking a knee before kickoff in the past two weeks. The union said there had been a lack of leadership for the English Football League (EFL) players, who have been left in a “difficult position” following the recent negative crowd reaction at several matches. PFA equalities executive Jason Lee said the initiative had been player-led from the outset.