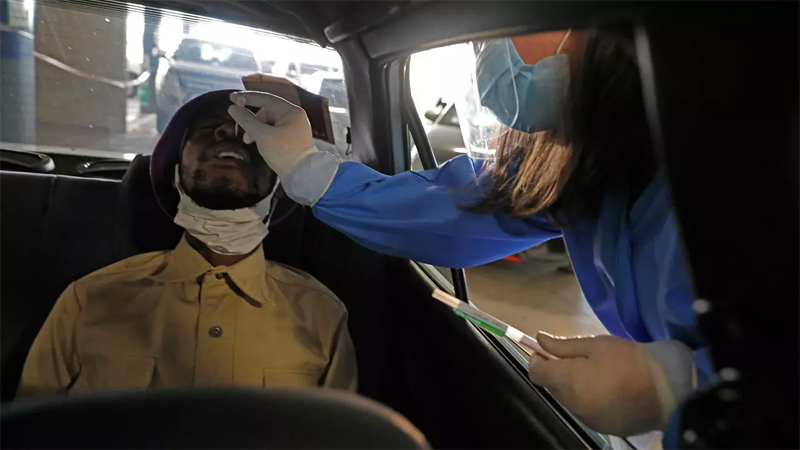 After being relatively spared by coronavirus, Africa is bracing for the pandemic’s second wave, noting how the microbe has once more cut a swathe through rich countries in Europe and North Africa.

The continent’s most-hit nations are again having to contemplate stringent public health measures as they await the arrival of the vaccine cavalry.

In South Africa, the start of summer has triggered traffic jams on roads leading to coastal resorts.

But this year, there will be no long, lazy days spent on the beach.

In popular tourist destinations, the coronavirus is spreading at alarming speed. Authorities have ordered partial closures, limits on the size of gatherings and an extended curfew.

As the African country worst hit in the pandemic, with almost 900,000 documented cases, South Africa is tightening up health restrictions.

But around Africa, a continent of more than 1.2 billion people, there are stark contrasts in the prevalence of the disease.

New cases are emerging in East Africa, in northern and southern Africa, but the trend in West Africa is a decline, according to the Africa Centres for Disease Control and Prevention (Africa CDC), an arm of the African Union.

Rising cases in the east

In Uganda, every region has been affected by the pandemic. Neighbouring Rwanda, a far smaller but densely populated country, registered almost as many new cases in December (722) as since the beginning of infection (797).

Bars and nightclubs have been shut since March. Heavily fined for breaking regulations, the owner of a Kigali bar told AFP he had lost everything. “Clients were drinking, but the police forced us to close.”

In Kenya, a second wave of the virus struck in September and led to the closure of schools and the prolongation of a curfew. Some health professionals say they are already waiting for a third wave.

For several weeks, Africa CDC and the World Health Organization (WHO) have been pressing African governments to up their game for an inevitable second wave.

Nevertheless, the epidemic first reported in Africa nine months ago has not been as destructive as experts feared, across a poor continent severely lacking in health care structures.

Africa has reported 2.4 million cases, just 3.6 percent of the world’s total, according to a tally compiled by AFP. The whole continent has registered more than 57,000 deaths, fewer for instance than the total for France alone (59,072).

While the low level of screening might call into question the reliability of the statistics, no African country has observed a peak in excess mortality, which would be a sign of the virus spreading under the radar. Experts are still trying to understand why Africa, so far, has not been affected to the same extent as other continents. Explanations include Africa’s youthful population, cross-immunity derived from previous epidemics and a still predominantly rural economy, which means less density of population.