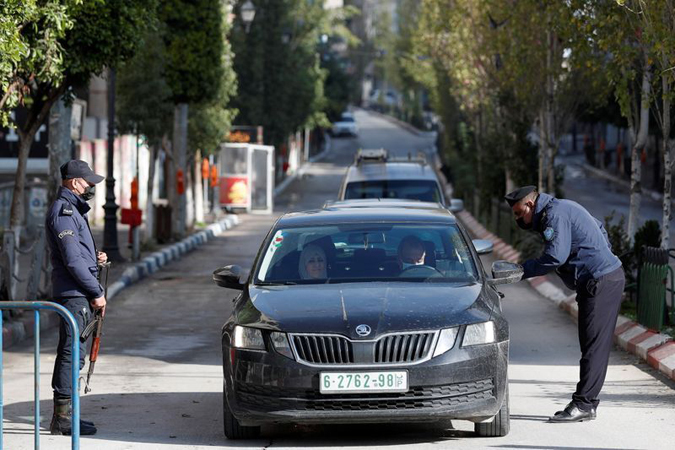 As Israel prepares to give COVID-19 vaccines to its citizens, Palestinians in the Israeli-occupied West Bank and Gaza are scrambling to secure their own doses, which health authorities say are still months away.

Palestinian leaders have cast a wide net in their search, contacting international organisations, drugmakers like Moderna and AstraZeneca and states like Russia and China that are producing their own vaccines.

But the cash-strapped Palestinian government has yet to finalise any private supply agreements – a contrast from neighbouring Israel, which has secured millions of doses from drugmakers and is developing its own vaccine.

“It will be many months before we receive a quantity of vaccines sufficient to vaccinate people en masse,” Prime Minister Mohammad Shtayyeh of the Palestinian Authority (PA), which has limited self-rule in the West Bank, said on Thursday.

The PA expects to receive 20% of its needs from the World Health Organization’s vaccine scheme for poor and middle income countries. The rest will come from PA- or donor-funded vaccine purchases, the PA says.

PA Health Minister Mai Alkaila estimated that the PA could receive an initial vaccine shipment by March. She did not say from whom.

New coronavirus cases have spiked in recent weeks in the West Bank and in the Gaza Strip, which Israel keeps under a blockade citing threats from the coastal enclave’s Islamist rulers Hamas.

The WHO says it is working with U.N. agencies to secure vaccines and medical equipment for Gaza.

But some rights groups said it was Israel’s responsibility to ensure that Palestinians living in territory it captured in a 1967 war receive vaccines.

“Israel is obligated to protect the health and safety of all people living under its control, including by ensuring that the vaccine is available in Israel, the West Bank, and Gaza,” the Israeli rights group Gisha said.

Deputy Israeli Health Minister Yoav Kisch said Israel would consider assisting the PA if “we see that Israel’s needs have been met and we have additional capacity.

“There is also a significance and benefit in terms of preventing entry (of carriers) to our (side), in this matter. But Israel’s citizens come first,” Kisch told Kan radio.

Gaza, whose densely concentrated and mostly poor population of 2 million is vulnerable to contagions, has logged 237 deaths and more than 32,000 cases of the coronavirus.