An eye on NAB performance since its inception 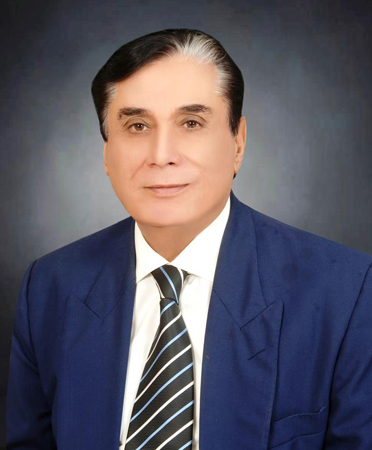 Corruption is the mother of all evils. Today, eradication of corruption has become the voice of the whole nation right now as it not only halt progress of the country but also usurp the rights of the deserving people. Pakistan is facing the challenge of corruption which is the root cause of all problems being endured by the country.

Corruption is harming the country like termite.The National Accountability Bureau (NAB) was established in 1999 to cope with the menace of corruption. It was tasked to recover the looted amount, return to effectees or deposit in the national exchequer and corrupt elements could be brought to justice.

NAB since its inception received 457,668 complaints. Of which 405,212 complaints were taken care of. While the scrutiny of 556 complaints was continuing right now. NAB has so far approved 100,644 complaint verifications.Of which 100,865 complaint verifications completed. Right now 779 complaint verifications are being scrutinised. Some 8,953 inquiries are completed from out of 9,883 inquiries approved so far. Working on some 930 inquiries is still continuing nowadays. Some 4,201 investigations have so far been completed from out of 4,547 investigations approved. Working on 436 inquiries is still continuing. NAB has filed 3,645 corruption references since inception. Of which 2,398 references have been decided by relevant accountability courts. Right now 1,247 references are under trial in different accountability courts.

NAB Chairman Justice Javed Iqbal immediately after coveted responsibility devised an anti corruption strategy. With headquarters in Islamabad, NAB has its regional offices in Rawalpindi, Multan, Quetta, Peshawar, Karachi, Sukkur and Gilgit-Baltistan. Chairman introduced new reforms in the bureau after assuming responsibilities. Chairman prioritised corruption eradication. NAB during 2019, received a total of 53,643 complaints during 2019. Of which 42,760 were taken to logical conclusions. Similarly 2,166 complaint verifications during the last year.Out of which 1,306 were concluded.Some 1,686 inquiries were approved out of which 747 inquiries were concluded. As many 609 investigations were approved and 269 were concluded. A total of 363 corruption references were filed in different accountability courts.Where as overall conviction ratio remained 68.8 percent during 2019.

Under the leadership of Justice Javed Iqbal, the bureau has so far recovered Rs 363 billion directly or indirectly. The recovered record amount has been deposited in national exchequer.

Justice Javed Iqbal after reevaluating the workings of investigation officers, had established a CIT system for improving their workings and benefiting the experience of senior supervisory officers. CIT comprise

NAB has improved its workings and set a time frame of 10 months for concluding cases right from complaints registration to filing reference. This proves NAB’s sincereness for concluding white collar mega corruption cases. On the directives of Justice Javed, the regional offices have set up complaint cells.

The Business community plays an important role in the progress and prosperity of any country. Special complaint cells have been established at NAB offices for resolving complaints of the business community. A special complaint cell had also been set up at NAB headquarters. A consultative committee has also been established for resolving business community issues. The meeting of the committee is being summoned this month.Business community has already thanked the chairman for taking vital measures to resolve their problems. Chairman has already directed NAB officers to deal visiting businessmen,politicians and others with respect and dignity ss NAB is people friendly organisation and it does not believe in hurting anybody’s feelings.Justice Javed directed the concerned to start grading system in NAB for further improving the annual performance of its regional offices.

NAB has received hundreds of applications against Mudarba and Musharka scams. A total of 28 references have been filed in different accountability courts. Out of which some references have been disposed of in favour of NAB. The bureau is striving hard to recover the looted amount from the culprits.

The bureau had already recovered the billions of rupees looted by fake housing societies. The effectees thanked the chairman for honourable return of their looted money.

NAB has established a forensic lab at Islamabad in Islamabad which has the facilities of analysing digital forensic, documents and finger prints.The main aim behind establishing a forensic lab is to provide latest facilities to investigators. Lab helps saving time besides ensuring accuracy. NAB is the sitting chairman of SAARC anti corruption forum. It is a significant achievement of the country. NAB is also a focal anti corruption institute according to the UN anti corruption convention, which is honour for Pakistan. The bureau has also signed MoU with China in connection with anti corruption. This is aimed at cooperating and benefiting each other’s experiences for eradication of corruption.

The incumbent chairman believes in teamwork. While officers consider corruption eradication as their national duty. NAB officers have no affiliation with any group, individual or party but only with state of Pakistan.The performance of

NAB under the leadership of Javed Iqbal, has been lauded by reputed world Economic Forum, Pildat, Transparency International,Mishaal Pakistan. According to Gallup survey 59 percent Pakistanis have expressed satisfaction over NAB performance.This has further strengthened its corruption elimination efforts. NAB under the leadership of Justice Javed considers corruption eradication its priority.In fact it is the responsibility of the entire nation so that the dream of corruption elimination could materialise.