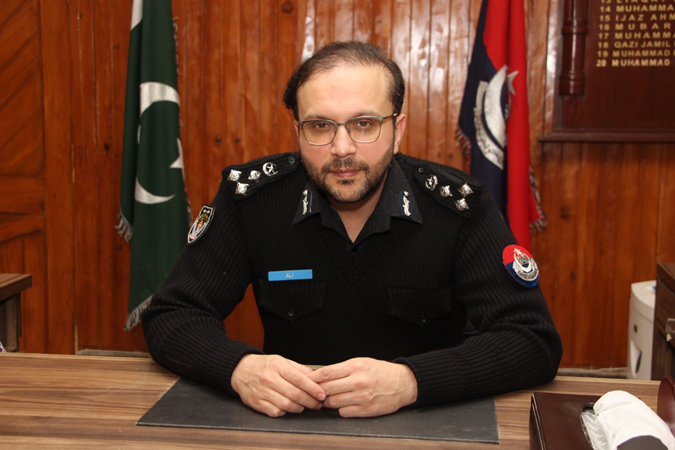 After more than of service as the head of Peshawar Police, Deputy Inspector General (DIG) of Police Muhammad Ali Gandapur was assigned to head the Special Branch force here on Friday.

Gandapur, a crime-fighter and honest officer of KP Police force, took a number of steps to improve policing in the provincial capital. Also, security situation considerably improved under the command of Gandapur as the head of Peshawar Police during the last more than one year. Street crime declined while the Peshawar Police took significant actions against the drug and land mafia and other criminal gangs under the command of Muhammad Ali Gandapur as the CCPO. When contacted, Gandapur told Daily Times that as public servants, the police officials are bound to serve the public and protect the life and property of citizens wherever they work. He said that in recent months, they realigned the jurisdictions of more than 30 police stations for better policing. In addition, two new police stations and a new circle were set up in the provincial capital recently. “The realignment of the police stations’ jurisdiction was carried out for better policing and facilitating the public as the people living in an area were linked to their nearest police stations during the realignment process,” the official added. “Also, a new Warsak circle was created in the provincial capital, and a DSP posted there to take care of the area,” the officer said. Also, two new police stations have been set up, namely Rehman Baba Police Station and Shahpur Police Station, with an aim to cater to residents of those areas and alleviate the burden on the police stations that were previously handling the issues of those areas. Peshawar is home to around 34 police stations now. He said that as head of the Special Branch, he would try to come up to the expectations and work diligently.