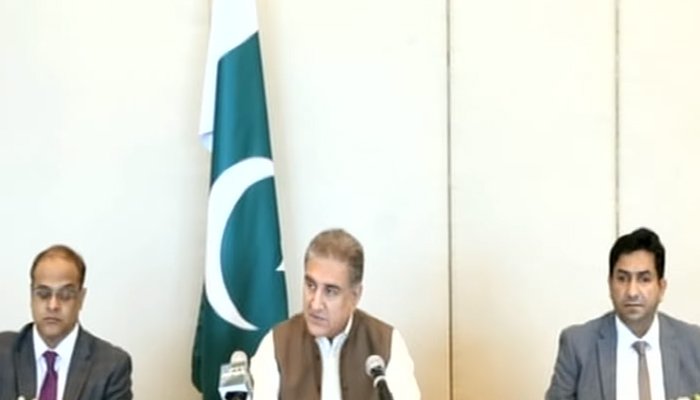 Foreign Minister Shah Mahmood Qureshi on Friday said he had credible information that India was planning a surgical strike against Pakistan to divert attention from its internal affairs.

Addressing a press conference in Abu Dhabi, FM Qureshi said he had received information “through our intelligence agencies” that India was preparing to launch a surgical strike against Pakistan and fanning a new wave of terrorism.

Terming the situation as sensitive, he said Pakistan was fully aware of India’s conspiracies and vowed that Islamabad would respond befittingly should New Delhi initiate military action.

FM Qureshi said that India was “trying to seek tacit approval” from “important players who they consider to be their partners”.

The foreign minister said that this misadventure, in Pakistan’s opinion, was being done to divert attention from serious issues. “To begin with: The situation in Indian Occupied Kashmir.”