* During a remote interview with Howard Stern on Wednesday, Clooney shared what he thought of the headline-making audio 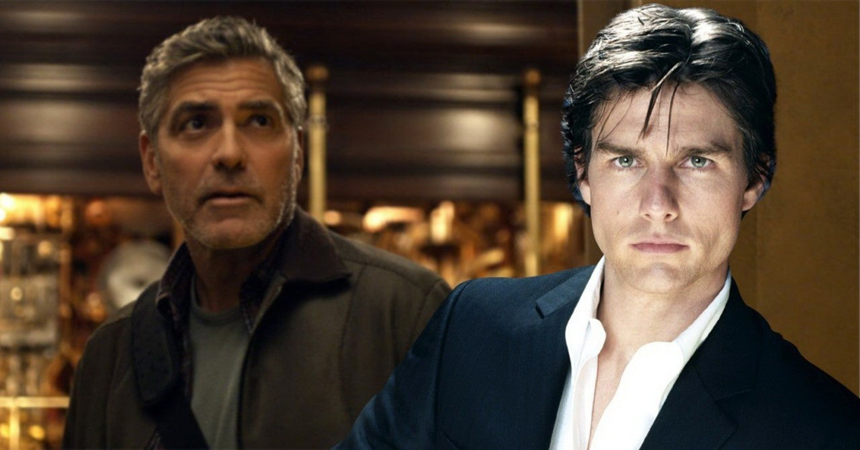 On Tuesday, Dec. 15, The Sun leaked an audio recording purportedly of Cruise screaming at members of the Mission: Impossible 7 crew. E! News has not verified the authenticity of the recording but two sources have confirmed its authenticity to the New York Times. In the recording, fans can hear what sounds like Cruise on an expletive-laced tirade, reprimanding unidentified people in part for “standing around a f–king computer” seemingly in violation of social distancing protocols amid the coronavirus pandemic. It is unclear when and where the audio was recorded. When contacted by NBC News, a spokesperson for Paramount Pictures declined to comment. E! News has also reached out to Cruise’s rep for comment and has not heard back.

During a remote interview with Howard Stern on Wednesday, Clooney shared what he thought of the headline-making audio.

“He didn’t overreact because it is a problem,” he told Stern. “I have a friend who’s an AD on another TV show who just had the almost exact same thing happen with not quite as far out a response.”

While Clooney could understand the gravity of the situation, he also would have handled it differently. “I wouldn’t have done it that big. I wouldn’t have, you know, pulled people out,” he elaborated. “You’re in a position of power and it’s tricky, right? You do have a responsibility for everybody else and he’s absolutely right about that. And, you know, if the production goes down, a lot of people lose their jobs. People have to understand that and have to be responsible. It’s just not my style to, you know, to take everybody to task that way.”

‘He didn’t overreact because it is a problem,’ he told Stern. ‘I have a friend who’s an AD on another TV show who just had the almost exact same thing happen with not quite as far out a response’

However, as the multi-talented star pointed out, we’re only hearing one part of the story.

“I think it doesn’t help necessarily to point to specific people in that way and do it that…but, you know, everybody has their own style. The people who were on that shoot will tell us more about it,” he told Stern. “I understand why he did it. He’s not wrong at all about that. You know, I just, I don’t know that I would have done it quite that personally, but I don’t know all the circumstances so maybe he had it 10 or 15 times before.”

In the audio recording, the voice alleged to be Cruise’s is heard loudly scolding unidentified people and threatening to fire them if they behave that way again. “No apologies,” the voice says. “You can tell it to the people that are losing their f–king homes because our industry is shut down. It’s not going to put food on their table or pay for their college education. That’s what I sleep with every night. The future of this f–king industry!”