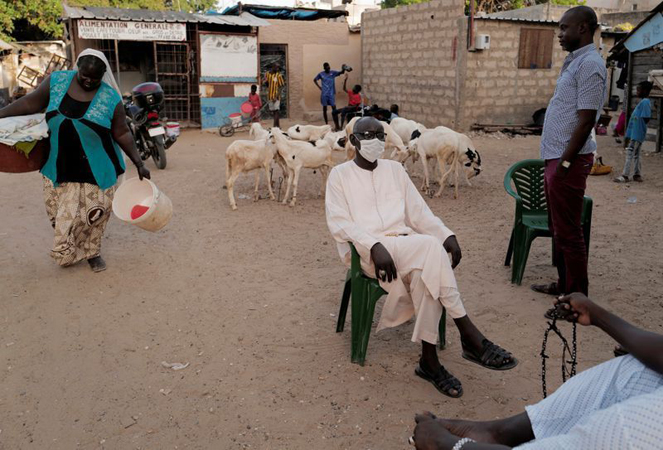 A second wave of coronavirus infections is hitting West and Central Africa, and experts are warning it could be worse than the first as cooler weather descends on a region where most countries cannot afford a vaccine.

Nigeria, Niger, Mauritania, Burkina Faso, Mali, Togo and Democratic Republic of Congo are all at or near record levels of infection, data compiled by Reuters shows. Infections in Senegal are also rising fast.

Compared to the United States and Europe, the region has so far been spared the worst of the pandemic. West and Central African countries are reporting between dozens and a few hundred new daily cases — still only a fraction of the more than 600,000 cases reported globally each day — although testing rates in Africa are among the lowest in the world.

But as temperatures drop, and governments struggle to enforce months-long restrictions, some experts fear this surge will be worse than the first.

Mali reported a record 155 new cases on Dec. 7, compared to fewer than 20 a month earlier. The health ministry ordered test kits a month ago, anticipating that it would need about 500 a day. They are now getting through five times that.

“We could run out of testing shortly, within 10 days,” said Akory Ag Iknane, director general of the National Institute of Public Health.

Many worry it will not be enough.

“Any little advantage the virus can get will help it, whether it’s a drop in temperature or humidity. It can affect the rates of transmission,” said Mohammad Sajadi, associate professor at the Institute of Human Virology at the University of Maryland in the United States.

Many African countries lack the financial clout to secure vaccine purchase agreements with drug companies. Some could wait months if not years for access to vaccines through the World Health Organization’s COVAX programme – unlike richer nations where inoculations are already underway.

Scientists say a light first wave in West and Central Africa was likely due to multiple factors, including younger populations and a quick response to the outbreak. Governments shut borders early, made face masks mandatory and closed markets.