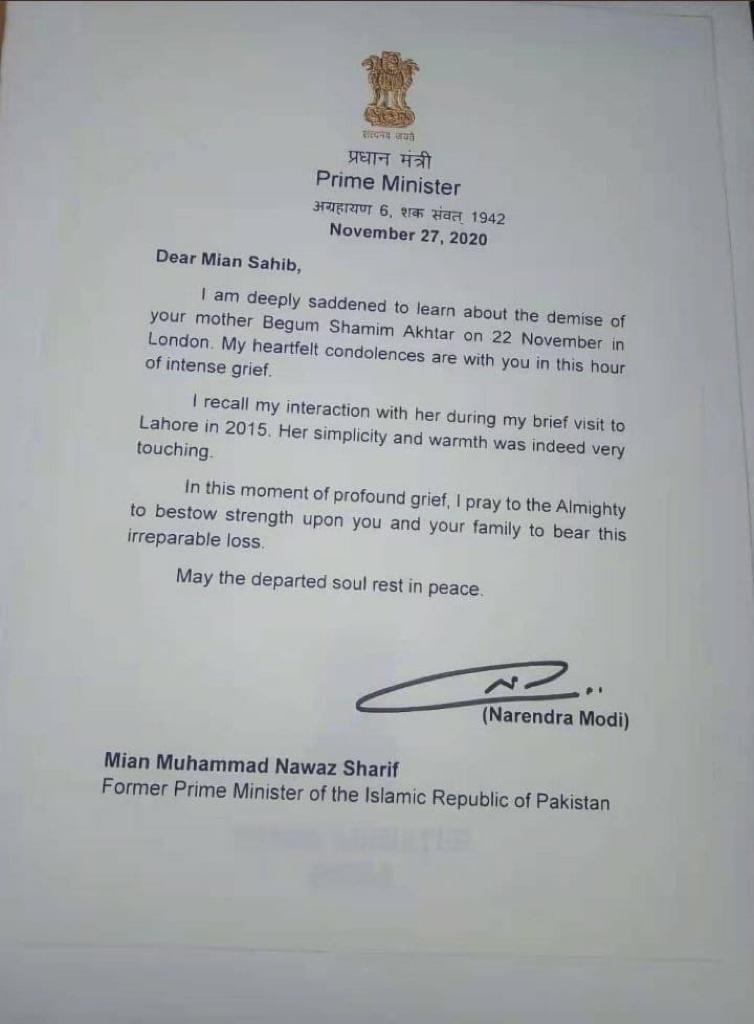 The Indian High Commission in Islamabad last week forwarded the letter to PML-N vice president Maryam Nawaz, asking her to covey it to his father who is in London since last year for his treatment.

The letter was forwarded to PML-N Vice President Maryam Nawaz by the Indian High Commission in Islamabad last week with a request to be conveyed to her father Nawaz, who has been residing in London since last year.

Begum Shamim Akhtar, mother of Nawaz and PML-N president Shehbaz Sharif, had passed away in Britain on November 22. Her body was later flown to Pakistan and she was laid to rest at the family’s Jati Umra estate in Lahore.