Covid vaccine to be administered ‘free of charge’ in Pakistan

The nationwide death toll soared past a grim milestone of 9,000 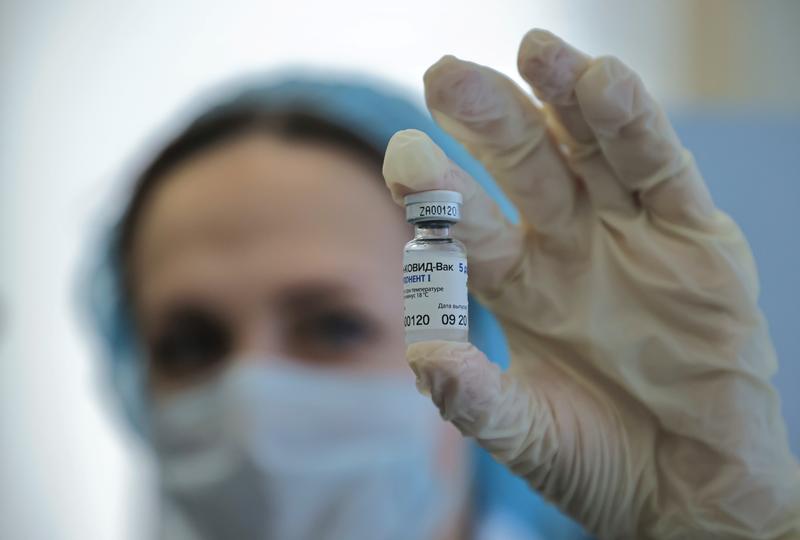 ISLAMABAD: Special Assistant to the Prime Minister on National Health Services, Regulations and Coordination Dr Faisal Sultan on Wednesday made it clear that Covid-19 vaccine will be purchased by the government and its use will be free of cost.

The statement came as fatalities toll from the coronavirus jumped more than 100 for the first time in five months, according to data released by the National Command and Operation Centre (NCOC) on Wednesday.

The nationwide death toll soared past a grim milestone of 9,000.

“The government has initiated working on multiple aspects related to purchase of the vaccine in the country,” he said while addressing a media briefing at National Command and Operation Centre (NCOC).

He said that the government will soon be able to share information on the date of availability of the corona vaccine in the country.

He said the vaccine purchase matters had also been discussed with the provinces.

Dr Faisal said that specific amount has been allocated for purchase of Corona vaccine and dispelled the impression that private sector will soon start purchasing Corona vaccine.

He said that an important meeting was held with all provincial health representatives today to formulate a national-level strategy to contain the disease and proper implementation of the corona-related SOPs.

He said that the case positivity ratio remained 7% to 8% in various major cities while it was 19% in Karachi during last 24 hours.

He added the increasing number of cases causing burden on health system.He said that deaths from the disease were also being reported across the country.

“We can save precious lives including those of our near and dear ones by taking preventive measures.” Dr Faisal said, adding, “COVID-19 is a deadly virus but we can control it just as we did control it by following the SoPs during the first wave.”

The death toll from the disease since it first emerged in the country in February rose to 9,010. The pandemic hit its peak in June with death toll hovering around 100 by the middle of the month. According to the NCOC, the death rate also inched up to 2.27% on Wednesday.

As per the mortality analysis by NCOC Covid-19 had proven deadlier for males – 70% of whom lost lives. 77.5% were above the age of 50 years, 73% had chronic comorbidities, 91% of the deceased remained hospitalised and 58% of hospitalised patients remained on ventilator.