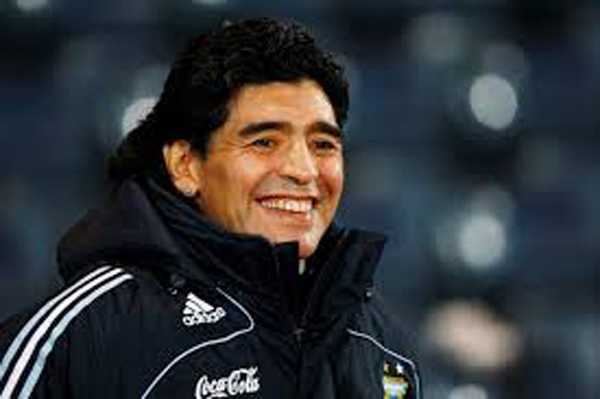 BUENOS AIRES: A long-forgotten container with hundreds of items of memorabilia from the career of late Argentine soccer star Diego Maradona could provide a treasure trove for collectors – and open a new front in the contest over his estate. Shirts signed by Sergio Aguero, Ronaldo Nazario, Harry Kane and Hristo Stoichkov are among the memorabilia in the container, which had been in storage on the outskirts of Buenos Aires, along with balls from Barcelona, Napoli and Boca Juniors and a plaque given to him by soccer’s governing body FIFA. There are also shirts worn by Maradona himself, as well as political momentos received as gifts from the leftist leaders he so admired. One Brazil shirt has the name Lula on the back, in reference to the former Brazilian president, and there is a letter from the late Cuban leader Fidel Castro. Maradona died last month from a heart attack, aged 60. The booty could turbocharge the legal battles under way over the spoils of an estate that Forbes magazine estimated was worth between $10 million and $40 million. Maradona has five recognised children and six others with claims to be his offspring.