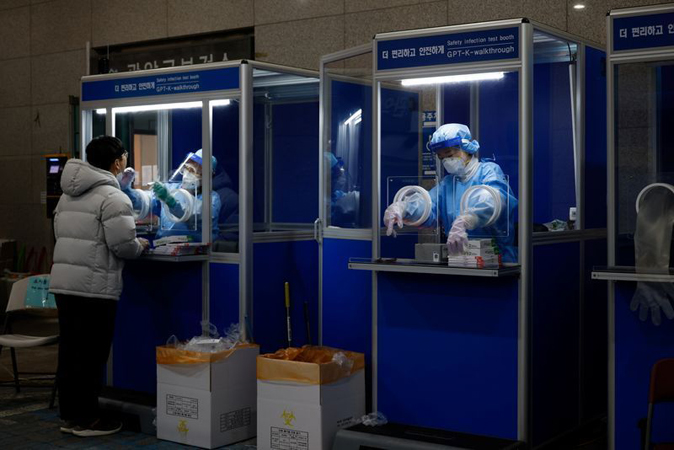 South Korea reported a record daily rise in novel coronavirus cases on Wednesday and the prime minister issued an urgent call for more hospital beds to cope with the country’s worst outbreak since the start of the pandemic.

Hospitals were at breaking point with only three critical care beds available in greater Seoul, an area with a population of almost 26 million people, officials said. “The top priority is securing more hospital beds,” Prime Minister Chung Sye-kyun told a government meeting, according to a transcript. “Full administrative power should be mobilised so that no patient would wait for more than a day before being assigned to her bed.”

The Korea Disease Control and Prevention Agency (KDCA) reported 1,078 new coronavirus cases, the highest since the start of the pandemic. The number of severe cases also hit a record of 226 and has more than doubled over the past two weeks, officials said. The KDCA reported 12 more deaths, the second day of double-digit fatalities after a record 13 the day before.

South Korea had managed to keep cases relatively low during the previous two waves of infection, but the third wave has proven far more challenging for contact tracers to contain due to its emergence in the densely populated capital region. The government said it was working to secure several hundred critical care beds, and thousands more for patients who were less ill. Most of the new beds came from public hospitals and authorities were considering expanding incentives to boost cooperation from private institutions, senior health ministry official Yoon Tae-ho said.

Much of the surge in deaths and serious infections originated in outbreaks at medical facilities and nursing homes that housed elderly people or patients with underlying conditions, Yoon said.