Taliban not solely responsible for ceasefire in Afghanistan: Pakistan 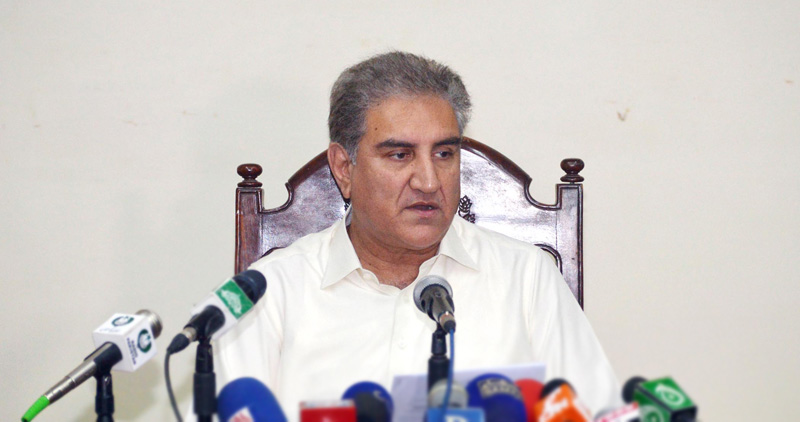 Foreign Minister Shah Mahmood Qureshi on Wednesday said that a ceasefire in Afghanistan is not the responsibility of the Taliban alone but all sides to the conflict are responsible to achieve the objective.

Qureshi was speaking as he led a Pakistani delegation in talks with political representatives of the Afghan Taliban in Islamabad. “Pakistan’s desire is reduction in violence and a ceasefire in Afghanistan to take the peace process forward,” the foreign minister said in a video message. The Taliban delegation, led by Mullah Abdul Ghani Baradar, arrived in Islamabad early Wednesday on a three-day visit at the invitation of Pakistan, which is their second visit to Islamabad in five months.

Qureshi said the next round of talks between the Taliban and the Afghan government will be held on Jan 5. The venue of talks is yet to be decided as different proposals are under consideration, he said.

Both sides have announced a three-week break in intra-Afghan negotiations for consultations with their leaders after they exchanged proposals for agenda items. The Foreign Office says the Taliban delegation will also call on Prime Minister Imran Khan during their three-day visit to Pakistan. “I have noticed during the talks that the Taliban delegation showed their eagerness and seriousness for peace,” Qureshi said, adding the Taliban delegation has acknowledged Pakistan’s efforts for peace and stability in Afghanistan. He said that the Afghan conflict has not only impacted Afghanistan but also Pakistan and the region and the on-going peace process is a historic opportunity for the Afghan parties to take the matters towards peaceful settlement.

Qureshi urged the international community to continue to play its role for reconstruction and development of Afghanistan as well as repatriation of Afghan refugees to their homeland.

Meanwhile, a Foreign Office statement said that Qureshi while reaffirming Pakistan’s support for a peaceful, stable, united, sovereign and prosperous Afghanistan, reiterated Pakistan’s belief that there is no military solution to the conflict in Afghanistan. “Pakistan will continue to facilitate the Afghan peace process and expressed the hope that the Afghan parties would seize this historic opportunity to establish lasting peace in Afghanistan through an inclusive, broad-based and comprehensive political settlement,” he told the Taliban leaders, according to the statement.

Qureshi also welcomed the announcement of the agreement on rules and procedures between the Taliban and the Afghan government’s team in Qatar, and conveyed that the agreement reflects a common resolve of the parties to secure a negotiated solution. He highlighted the steps being taken by Pakistan to deepen the economic relations and people-to-people exchanges including visa facilitation and enhancing trade and transit for the welfare of fraternal Afghan people. Emphasizing Pakistan’s commitment to safe and dignified return of Afghan refugees to their homeland, the Foreign Minister expressed the hope that peace and stability in Afghanistan will help create conducive conditions for a time-bound and well-resourced roadmap supported by the international community. He also stressed the importance of the international community playing its role in reconstruction and economic development of Afghanistan.

The Taliban Political Commission’s delegation appreciated Pakistan’s facilitative role in the Afghan peace process and shared its perspective on various aspects of the Intra-Afghan Negotiations, the statement said. The delegation thanked Pakistan for hosting millions of Afghan refugees for more than four decades.