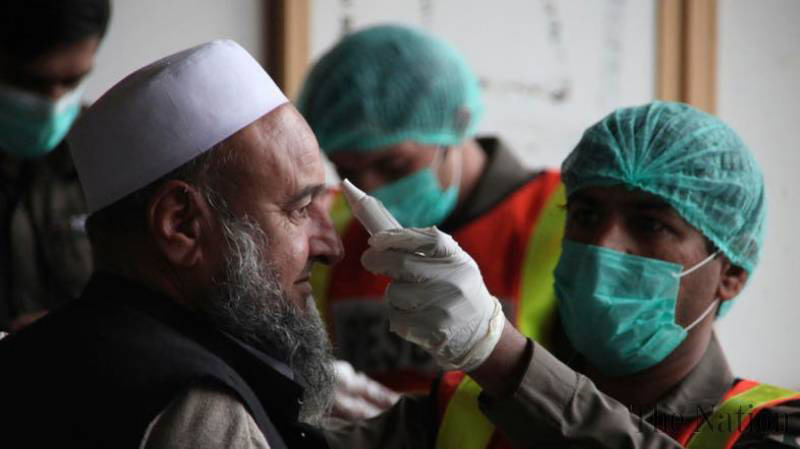 The total active Covid-19 cases in Pakistan on Wednesday were recorded 48,369 as 2,731 more people tested positive for the deadly virus.

One hundred and five corona patients, 98 of whom were under treatment in hospitals and seven in their respective homes or quarantines, died, according to the latest update issued by the National command and Operation Centre (NCOC). Most of the deaths occurred in Sindh, followed by the Punjab. Out of the total 105 deaths, 70 patients died on ventilators. No Covid-affected person is on ventilator in Balochistan and Gilgit Baltistan (GB) while 316 ventilators are occupied elsewhere in Pakistan.

A total of 6,136,799 corona tests have been conducted so far, while 615 hospitals are equipped with COVID facilities. Some 3,066 corona patients were admitted in hospitals across the country.

Meanwhile, the national Covid-19 positivity ratio on Wednesday was recorded 7.2 percent where 2,510 coronavirus patients were in critical condition across the country with the number of critical patients rising at a fast pace.

The highest positivity ratio was observed in Karachi which was 18.76 percent followed by Hyderabad 16.56 percent and Peshawar 15.99 percent, according to the latest update issued by the National Command and Operation Center (NCOC).

It also mentioned the province wise COVID-19 positivity ratio breakdown that indicated in Punjab, Lahore had 6.04 percent, Rawalpindi had maximum of 6.15 percent, Faisalabad 2.67 percent and Multan 2.71 percent and Gujranwala had 0.77 percent.

The update also showed mortality analysis during the prevailing pandemic outbreak as a total of 9,010 deaths were recorded with prevailing fatality rate of 2.02 percent against the global death rate of 2.22 percent.

It added that as per the gender analysis of the deceased around 70 percent were males with 77.5 percent over the age of 50-year with age median of 61-year.