CCP finds massive profit-taking due to ‘cartelisation’ by cement sector

* Inquiry committee recommends Commission to initiate proceedings under Section 30 of Competition Act, 2010, against APCMA and its members 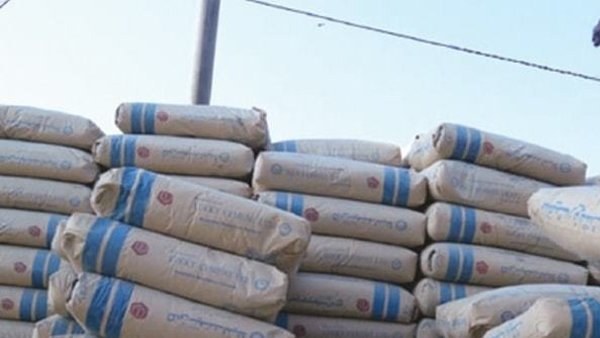 In its inquiry report, the Competition Commission of Pakistan (CCP) has found massive profit-taking due to cartelisation by the cement sector.

In a press release issued on Wednesday, the CCP said that it is a matter of prima facie violation of the Section 4 (Prohibited Agreements) Competition Act, 2010 by all Pakistan Cement Manufacturers Association and its member undertakings.

It said that the inquiry was initiated based on the information gathered through various media reports, concerns and complaints expressed regarding increase in cement prices, in the North region, particularly during the month of April, May and June 2020. The reports indicated that an increase of Rs. 45 – Rs 55 per cement bag, was apparently decided by the cement manufacturers under the umbrella of APCMA.

Various factors among others lower demand of cement in the first two quarters of 2020, and almost parallel increase in cement prices and data collected from Pakistan Bureau Statistics and the cement companies, became the basis of CCP’s enquiry. Sudden rise in price by the cement manufacturers at a time when there was low demand compared to the installed capacity of the manufactures and considering the fact that the input cost (fuel cost (coal and oil), and interest rate had declined, raised suspicion of a collective rise in prices by cement companies.

The CCP said that in November it has initiated the search and inspection of the APCMA main office and the office of Senior Vice Chairman of the APCMA’s Executive Committee; a senior employee of a major cement company in Lahore. The evidence suggested the possibility of a cartel/collusive arrangement between the cement manufacturers.

The CCP’s search and inspections were challenged in the Sindh High Court in which the petitioners wanted protection from the search inspections conducted both in the North and South regions. However, Sindh High Court restricted itself to the search inspection that was conducted in the South Region and restrained CCP and its officers from using the material collected during the raid conducted on November 19, 2020 (in the South Region) from the premises of the plaintiffs. In compliance, the Commission restrained from relying on the evidence from the search and inspection conducted in the South till the next date of the hearing i.e. December 22, 2020.

The enquiry report found hard core evidence of cartelization in the cement industry and collusive behaviour in respect of production, division of markets by territory, fixing of dispatch quota and price fixation from the documents recovered during search and inspection in the North region. The data recovered highlighted the presence of a WhatsApp group named “APCMA Marketing Officials” which was created on 15th November 2018 and was used as a medium to communicate and decide on the fixation of price.

Similarly, scrutiny and forensic analysis of the electronic data revealed that representatives of cement companies located in the North region exchange information through WhatsApp and text messages, and emails regarding the fixation of cement price and its underlying cost factors, quota allocation, etc. Moreover, companies in the North region have been found discussing and deciding upon the cost components of cement which include; freight, axle load, fuel prices and taxes and duties.

It was observed that the cement companies located in the North region are being directed not to distribute cement in the South region apparently due to different price levels and quota arrangement. North region is further divided into major cities/zones and for each city/zone some companies are designated as ‘premium brands’ which allows them to sell at a higher maximum retail price, whereas, all others sell at a price lower than the premium brands. From the examination of the dispatch data it is noted that irrespective of the actual production the share of each cement plant in total dispatches remains equivalent to its share (as per quota) in the total installed capacity in the North region. From the assessment of the impounded evidence it is noted that quota allocation agreed is implemented on daily basis as prescribed by APCMA for manufacturers located in the North region. Dispatch quantities are discussed and agreed upon either through the WhatsApp group or in meetings.

The inquiry Committee has recommended that the Commission, in light of hard core evidence of collusive behaviour and cartelization of cement industry, consider initiating proceedings under Section 30 of the Act against the APCMA and its members’ undertakings in terms of the findings of the enquiry report.