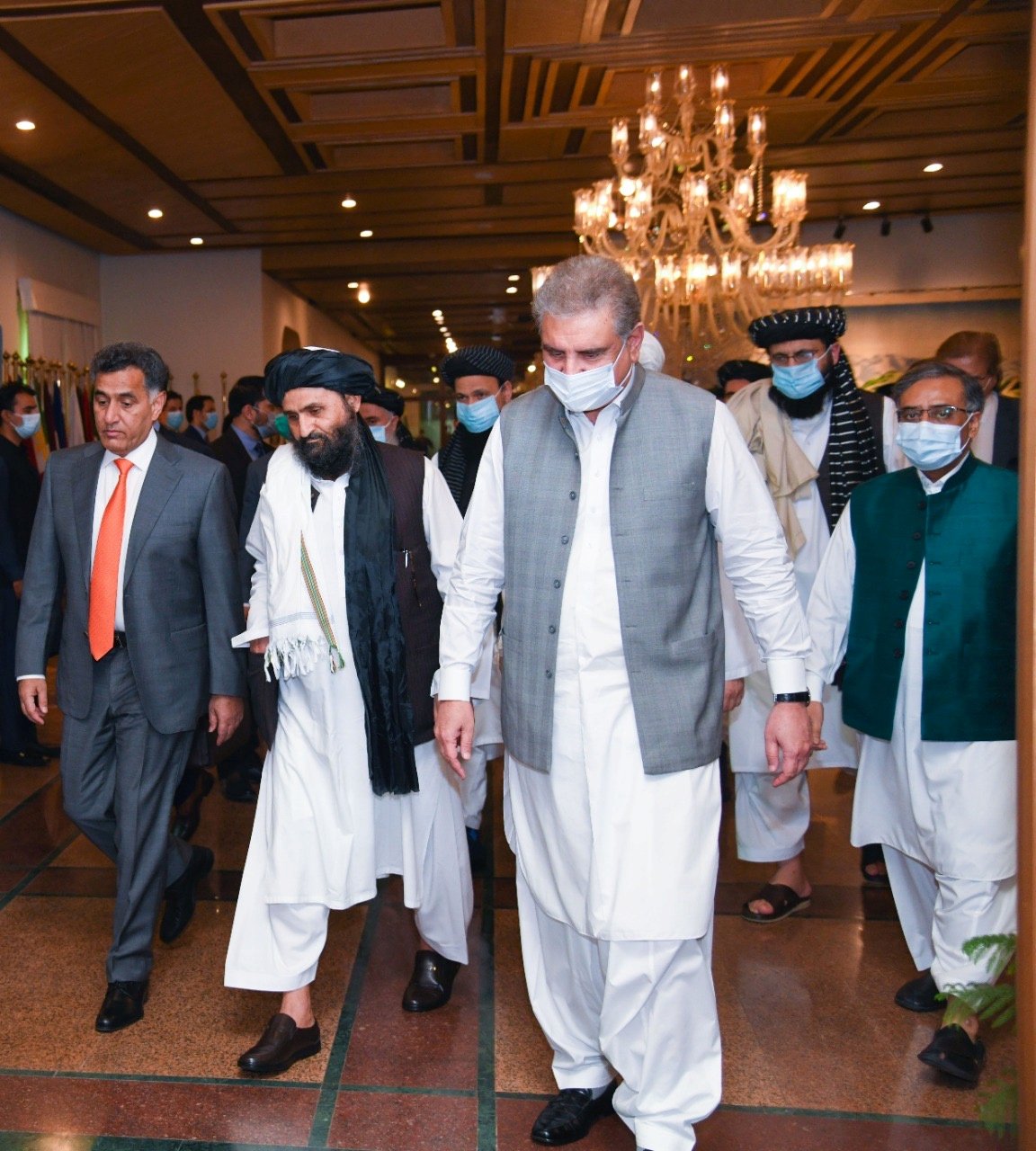 Foreign Minister Shah Mahmood Qureshi welcomed the delegation at the Foreign Office. Later in a meeting, the two sides discussed progress in the intra-Afghan negotiations that commenced in Doha on September 12.

The delegation was received by senior Pakistani officials and escorted under tight security. The group will meet Prime Minister Imran Khan and Foreign Minister Shah Mehmood Qureshi during its trip.

The Taliban visit comes in wake of US Special Representative for Afghanistan Reconciliation, Zalmay Khalilzad’s Pakistan visit on December 14.

During his trip, Khalilzad met Army Chief General Qamar Javed Bajwa to discuss the Afghan peace efforts as the US voiced concerns over the 20-day break in negotiations between the Afghan government and Taliban taking place in Doha.

He expressed concern over the break in talks, saying the current situation warranted urgent steps to reach a peace deal.

He hoped that the intra-Afghan talks would resume on January 5.

It is believed that Khalilzad sought Pakistan’s help in making sure that there is no delay in the intra-Afghan talks.

The push for seeking a peace deal continues despite President Trump lost the elections. The incoming President Joe Biden may continue with the peace efforts but seek more concessions from the Taliban particularly on the ceasefire.