Neymar and Barcelona never quite the same since 2017 split 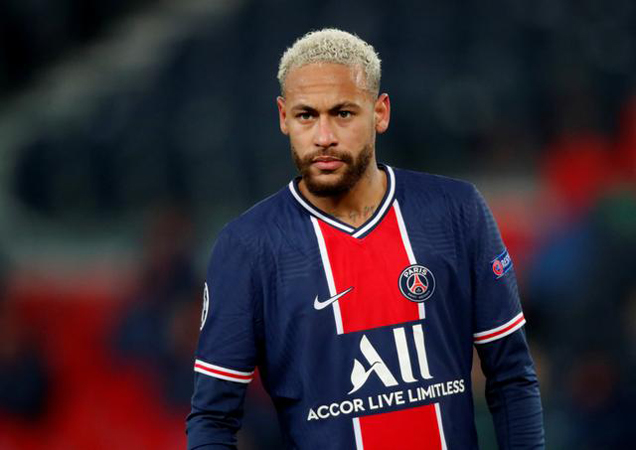 BARCELONA: Neymar was never out of the headlines while at Barcelona and his departure continues to leave ripples at the Catalan club, so all eyes will be on him when Paris St Germain meet the La Liga side in the Champions League last 16 early next year. The Brazilian scored 105 goals in four seasons with Barca and formed the deadliest front three in world football with Luis Suarez and Lionel Messi, winning two La Liga titles and the Champions League. When Barca and Neymar were at the peak of their powers in 2017, however, he shook world football by heading to PSG for a record-smashing 222 million euros ($269.89 million). Neither he nor the Catalans have been the same since.

Neymar may have scored 79 goals and won three Ligue 1 titles in a row as well as reaching last season’s Champions League final, but he has never looked entirely happy in the French capital. He squabbled with team mate Edinson Cavani in his first season over penalty taking duties and in 2019 hit out at a fan following his side’s Cup final defeat by Stade Rennais. His form has also been interrupted by serious injuries in 2018 and 2019, while he was carried off on a stretcher in tears in Sunday’s 1-0 defeat by Olympique Lyonnais in the league with an apparent ankle injury. He was due to have further scans on Monday. He even sought a return to Barca in 2019, refusing to train with PSG to try and push through the move, which collapsed as the Catalans were not willing to meet his asking price. The saga deepened tensions between Messi and president Josep Maria Bartomeu, with the Argentine saying he doubted whether the club had done everything they could to make the deal happen. Bartomeu resigned in October amid growing discontent, but Neymar is unlikely to ever play for Barca again.

Financial strife: The club is facing financial ruin, with interim president Carles Tusquets recently announcing Barca have been forced to delay payments to players. He also said the Camp Nou was falling apart. Barca’s financial strife is all the more remarkable considering the windfall they received for Neymar. However, they squandered his massive transfer fee on ill-fated signings such as Philippe Coutinho for 160 million euros, Ousmane Dembele for 105 million and Antoine Griezmann for 120 million. The dire situation led them to offload Suarez to Atletico Madrid for free in September to save on wages, while Messi is looking ever more likely to walk out on the club of his life for free next June. The team is also crumbling on the pitch, still reeling from their humiliating 8-2 defeat by Bayern Munich in last season’s Champions League knockouts. They have made their worst start to a league season in 33 years and trail leaders Real Sociedad by nine points. They also failed to win their Champions League group for the first time in 14 years, leading to the daunting tie with PSG.