* In the story, Peter Quill was invited by two blue humanoids named Aradia and Mors to experience their 'togetherness' on the planet Morinus, Hypebeast reports 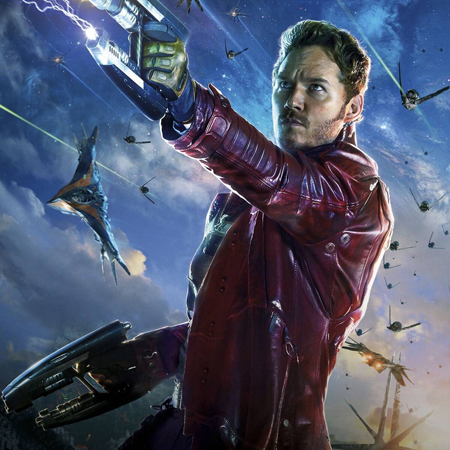 The LGBTQ+ community just gained a new superhero. Marvel revealed this week that character Peter Quill, known as Star-Lord, is bisexual. A new comic book released on Dec. 9, Guardians of the Galaxy No. 9, includes the story “I Shall Make You a Star-Lord,” which describes Star-Lord’s background and sexual orientation, according to Screen Rant.

In the story, Peter Quill was invited by two blue humanoids named Aradia and Mors to experience their “togetherness” on the planet Morinus, Hypebeast reports.

However, he initially rejected their advances and told them he had to get back home to his partner Gamora, who is played by Zoe Saldana on screen.

Twelve years later, he apparently had a change of heart. During one scene in the House of Death and Rebirth, Peter took a bath in a special temple alongside Aradia and Mors. The three closed in for a hug after Peter told them, “You’re my home.” Mors replied, “The you-that-was is over.”

Star-Lord added, “Thanks for accepting me, guys.” The trio’s love reportedly lasted for more than 100 years.

It’s unclear whether the character’s sexuality will be addressed in any Marvel movies, including the upcoming Guardians of the Galaxy Vol. 3 and Thor: Love and Thunder.

Of the on screen adaptations of Marvel hits, the 2017 film Thor: Ragnarok became the first MCU film to include openly queer superhero. Actress Tessa Thompson confirmed that her character Valkyrie is bisexual. The star wrote on Twitter, “Yes, she cares very little about what men think of her. What a joy to play!” She later added, “Val is Bi in the comics & I was faithful to that in her depiction… But her sexuality isn’t explicitly addressed in Thor: Ragnarok.”

Written by Al Ewing, the new Guardians of the Galaxy comic isn’t the first in the series to include a queer relationship. Ewing’s work previously included a scene in which Hercules kissed Marvel Boy during a battle, per Screen Rant. However, Chris has recently faced backlash from the LGBTQ+ community. Last year, the Guardians of the Galaxy star responded to Elliot Page’s claims that he belonged to an “anti-LGBTQ” church. Elliot tweeted, “If you are a famous actor and you belong to an organization that hates a certain group of people, don’t be surprised if someone simply wonders why it’s not addressed.” The Umbrella Academy actor added, “Being anti LGBTQ is wrong, there aren’t two sides. The damage it causes is severe. Full stop. Sending love to all.”

Chris defended himself by saying, “It has recently been suggested that I belong to a church which ‘hates a certain group of people’ and is ‘infamously anti -LGBTQ.’ Nothing could be further from the truth.” The dad of two wrote, “I go to a church that opens their doors to absolutely everyone.”

And the actor added, “My faith is important to me but no church defines me or my life and I am not spokesman for any church or any group of people.”

We’ll have to see if or how Star-Lord’s polyamorous relationship is depicted on screen.