The cage of death

Pakistan’s largest zoo is again in the limelight due to the death of three years old giraffe inside the Peshawar zoo. This was the fourth case of African animal death reported in the zoo, situated in the provincial capital of Khyber Pakhtunkhwa

This year, only two giraffes remain at the zoo out of the six that it had received from south Africa at time of inauguration. Following the inauguration, all the giraffes brought to the country from abroad has no more alive in the zoo

Following the death toll, three giraffes were dead at the Peshawar Zoo in April, May and June in the year of 2020. The official claim that the giraffe which was died on Monday was worth of 10 million of Pakistani rupees

On contacting to the zoo’s director Ishitaq, he has confirmed the death toll said that the giraffe had been sick for several days and died of mysterious circumstances while the other died of a viral disease. He explains that the immediate treatment was provided to the animal but could not survived, Ishitaq added.

The zoo official claim that the zoo’s caretakers did not have the required facilities to handle such a mammoth animal during treatment. He further explained that the postpartum report would determine exact cause of the death, while adding earlier a giraffe had died due to excessive saliva and diarrhea, Ishitaq explained.

The official further elaborated that anti-viral disinfectant was being sprayed in the animals’ enclosures and immunity boosters were also included in their feed. He said the animal was not responding when it was being fed along with three other giraffes, director concluded.

The Peshawar zoo has frequent mistreatment of animals and their deaths reported since it was inaugurated. The report on animal death suggest that 19 animals have died at the zoo in the last 13 months while so far 34 animals including birds died due to the lack of basic facilities and extreme weather in the provincial capital of Khyber Pakhtunkhwa

There are several online petitions and reports have been submitted regarding the condition of Peshawar Zoo. On August 3, a case was filed in the Peshawar High Court against the negligence of the city’s zoo administration. The petitioners claimed that many animals have died at the zoo because of their lack of care.

The case was filed through advocate Ali Gohar suggested that the authorities to hire trained personnel and establish a laboratory for diagnosis and ensure veterinarians to diagnose ailments for the well-being of the animals. The petitioners have also dwelled over the fact that the Zoo needs to be environmentally friendly as well including tree plantations.

Peshawar is one of the largest zoos in Pakistan and the first ever zoo in the provincial capital of Khyber Pakhtunkhwa. Following the opening, the document published in the media states that 91 animals were brought to the zoo, in which the number of animals increased to 154 after successful breeding

Last year, the government of Khyber Pakhtunkhwa has formed investigation committee to compiled a report probing why the zoo has witnessed so many deaths. The report observed that the veterinarian and other staff are not properly trained to facilitate animals in the zoo.

The report, which has been published lamented that more species of bird died due to respiratory illnesses while the province does not have even proper laboratory for the routine illnesses of animals. Among the several recommendations in the report, growing of grass inside the animals’ cages was stressed.

The official submitted to the government remarked that that cases of animal deaths occur at zoos throughout the world. The report suggested that awareness campaign needed among the visiting crowds to educate them about to not stone or tease the animals inside the Peshawar zoo.

Earlier, the two bear cubs have been moved to the Peshawar zoo recovered by the Customs Department that were being smuggled into the country from the Pakistan-Afghanistan Torkham border. The cubs have Asiatic bears that have black fur and are usually found in Afghanistan are in good health condition. After their arrival, the Peshawar zoo now has a total of three bears 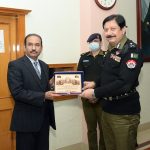 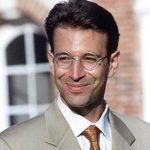 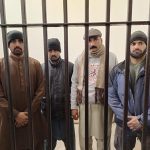 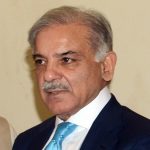