Resignations an ‘atom bomb’ in the hands of opposition: Bilawal

* PPP chief meets Shehbaz Sharif at Kot Lakhpat jail; says all opposition parties in PDM are on the same page 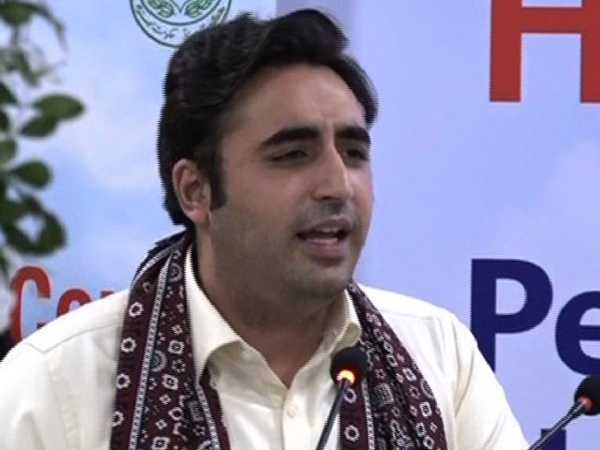 Terming resignations an ‘atom bomb’ in the hands of the opposition, PPP Chairman Bilawal Bhutto Zardari Tuesday said the strategy to use it will be devised by the Pakistan Democratic Movement (PDM), a private TV channel reported.

Speaking to media outside Kot Lakhpath jail after meeting PML-N President Shahbaz Sharif, Bilawal dismissed reports that his party is against resignations. “The PDM unanimously decided that its lawmakers will handover resignations to their party chiefs by December 31. Our resignations are our atom bomb and the PDM will strategise on how to use it,” he said. “All of PDM is on the same page. We have the same destination and one target: to restore democracy in the country,” he added.

When asked if the Opposition would be open to a national dialogue, Bilawal said there was no point in seeking talks in a situation when there is ‘a puppet minister who has a puppet chief minister and puppet government spokespersons’. “When an important issue like the FATF was being debated in the August House, the leader of the opposition was not allowed to speak. In such a situation, on which forum should we seek a national dialogue?” he asked.

Bilawal said the opposition has made up its mind that the government has to go home. “This is the only way to pull the country out of the crisis. Their deadline is January 31 and, through these cameras, I want to give a message to Prime Minister Imran Khan: resign.”

Responding to a question regarding meeting with Shahbaz, Bilawal said he had spoken to Maryam Nawaz about visiting the PML-N president earlier. “Since I am in Lahore, we submitted a request. It is our tradition to support even our greatest adversaries during tough times such as these. I wanted to offer my condolences,” he said. “This is the first government to politicise a mother’s death and we condemn it,” he added.

Bilawal said the government neither has the courage to hear the truth nor the capacity to run the country. “Where in the modern world would you see current and former leaders of the opposition behind bars?” he asked, referring to Shahbaz and PPP’s Khursheed Shah. “It is only due to the PTI government’s stubbornness and ego that they are imprisoned. This does not violate human rights and democratic norms, but it is also why the country is not progressing. Our people are stung by inflation. After sugar and wheat, we now have a gas crisis on our hands.”

Bilawal said these are issues that do not make it to the Parliament. “How do you resolve issues in a democracy? Through the debate in the August House. Treasury and opposition benches give their opinions and find consensus on policy. This is beneficial for the country.” “Since Day 1, Imran Khan decided that he is neither Pakistan’s prime minister nor the leader of the House. He is PTI’s prime minister and PTI’s leader. He is happy to be a Facebook and Twitter premier,” he maintained.

Bilawal said this is an injustice to the people of Pakistan. “And we all, in the PDM, condemn it. Our struggle is to restore a democracy in Pakistan that represents peoples’ mandate,” he said.

The PPP chairman said Shahbaz Sharif had proposed a national charter and suggested working together but the government was always opposed to it. “They only want to jail those who opposition – whether they are politicians or media critics. Even those taking out a rally can be incarcerated. This is not how democracy works.”