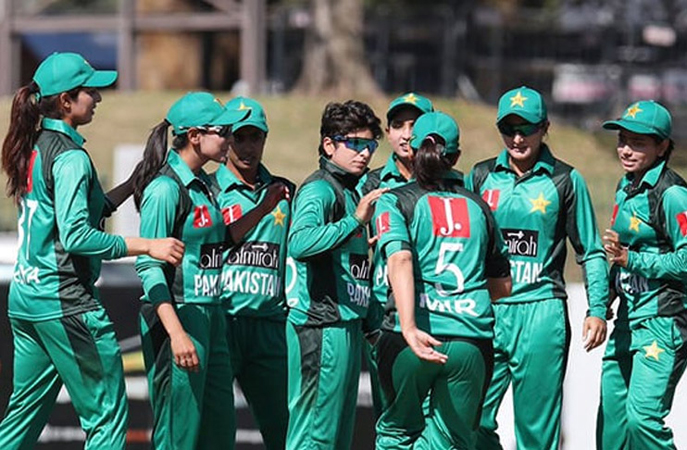 LAHORE: The Pakistan Cricket Board (PCB) announced on Monday that the women’s national cricket team would tour South Africa for three ODIs and three T20Is, which will be played in Durban and Pietermaritzburg between Jan 20 and Feb 3. The series, according to the PCB, has been organised to help both Pakistan and South Africa prepare for the upcoming assignments, in particular Pakistan, who will feature in the ICC Women’s World Cup Qualifier in July 2021 for the event proper to be held in New Zealand in early 2022. South Africa, along with world champions England, Australia, India and hosts New Zealand, have already qualified for the World Cup after securing top positions in the ICC Women’s Championship 2017-20. The series will start and finish in Durban with the first ODI on Jan 20 and the third T20I on Feb 3. Both matches will be played under lights. Durban will also stage the second ODI on Jan 23 before action will move to Pietermaritzburg where the third ODI and opening two T20Is will be played on Jan 26, 29 and 31, respectively.

To prepare and select the best available side and in continuation of the Women’s High Performance Camp and the National Triangular T20 Women’s Cricket Championship, the women’s national selection committee has invited 27 cricketers for a training and preparation camp, which will be held at the Hanif Mohammad High Performance Centre in Karachi from Dec 20. From the start of the training camp until the side’s departure for Durban on Jan 11, the women cricketers will remain and train in a bio-secure environment, besides undergoing routine testing in line with the PCB Covid-19 Protocols. Prior to joining the camp, each cricketer will require a negative test and another negative test after reporting for the camp before being allowed to integrate with other members of the group.

The tour to South Africa will also be the first official assignment of head coach David Hemp and bowling coach Arshad Khan. While Hemp joined forces in October, Arshad was appointed in November. Mohammad Kamran Hussain will be the assistant coach at the training camp. This will be Pakistan women’s side’s second tour to South Africa within 18 months. In May 2019, Pakistan and South Africa featured in one of the most thrilling, keenly contested and exciting women’s series to date. The three ICC Women’s Championship ODIs ended in a 1-1 draw when the May 12 third ODI ended in a tie after Nashra Sandhu scored seven runs off the final two deliveries to help Pakistan reach 265 for nine in 50 overs. In the five-match T20I series, Pakistan took a 2-1 lead before South Africa bounced back to clinch the series 3-2.

“It is critical for women’s cricket that we continue to invest in the game in these difficult times, otherwise all the efforts and hard work that have gone recently in building the profile, enhancing the standard and generating fan interest and following will be wasted,” said Pakistan women team’s chief selector Urooj Mumtaz. “I am delighted that Cricket South Africa have agreed to host us for a full tour despite having already qualified for the ICC Women’s World Cup 2022. This is yet another indicator and reflection of our relationship with the member boards who are willing to help and support each other in any possible way,” she added.

The 27 probables for the South Africa tour are (18-player squad expected to be announced on Dec 31, 2020 at the National Stadium):