Chris Cornell shines on an album of covers 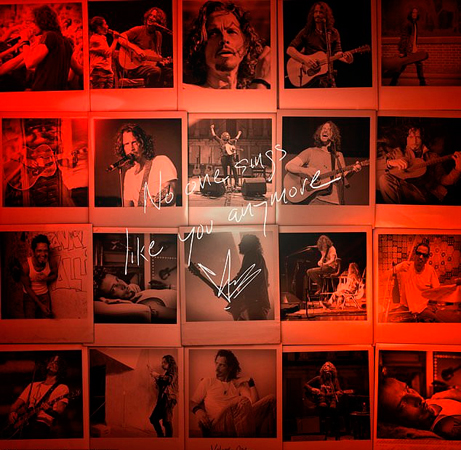 No disrespect to Sinead O´Connor, but there’s another version of “Nothing Compares 2 U” that might be even better than the one the Irish singer delivered. That would be the cover by Chris Cornell, which is ragged with heartbreak.

It’s the highlight of “No One Sings Like You Anymore,” a batch of 10 covers that the leader of Soundgarden and Audioslave recorded in 2016, a year before his death. Included are tunes originally made famous by giants like Janis Joplin and John Lennon. Throughout his career, Cornell covered other artists and was covered himself, once by no less than Johnny Cash, who recorded Soundgarden’s “Rusty Cage.” Cornell seemed to relish tackling other artists’ music, including “Billie Jean” by Michael Jackson and “Thank You” by Led Zeppelin. His live sets included songs by Black Sabbath, the Beatles and Dolly Parton. None of those made this latest collection, which focuses on more polished gems, overseen by producer Brendan O´Brien. Cynics might say this new album is just a money grab from those who watched Cornell’s cover of Guns N´ Roses’ “Patience” go to No. 1 on Billboard’s mainstream rock songs chart earlier this year. But there’s nothing here that Cornell touches which isn’t fascinating, excellent or lighters-in-the-air cool. Many are simply better than the originals.

What he does with Ghostland Observatory´s “Sad Sad City” is remarkable, taking a synth-heavy, New Wave-ish tune into a momentous foot-stomping rock classic. He does the same with Electric Light Orchestra´s “Showdown,” stripping the original of its bed of strings and adding a driving funkiness.