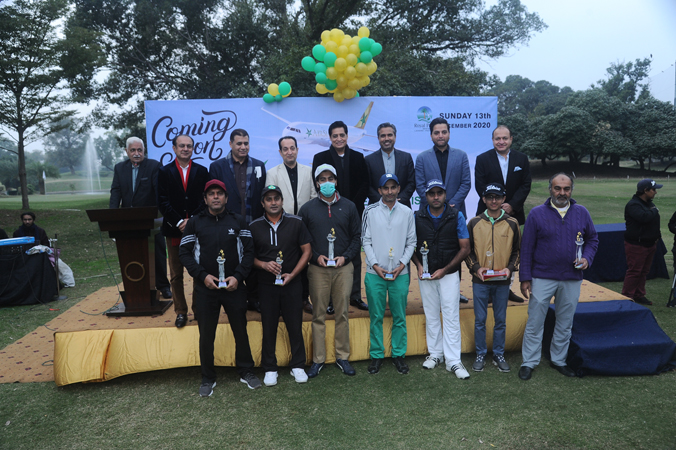 LAHORE: Hussain Hamid won the inaugural Air Sial Golf Tournament at Royal Palm Club Golf Course here on Sunday. Playing conditions at the golf course were most demanding for the 72 yearning, zealous and motivated amateur contestants who were out to seek honours and become a part of history by surfacing as the champion of this first invitational golf event. Through an unruffled application of golfing skills, Hamid compiled a total of 41 aggregate points in this stable ford format based event where a birdie fetches three points, a par realizes two points and a bogie brings only one point. All in all, Hamid had three birdies, twelve regulation pars and three bogies. Out of the other dexterous aspirants, the participant who made his mark in the handicap category 0-13 was Abdullah Sharif. Reasonably accurate off the tees and showing flair on the greens, Abdullah almost became a star of the event by compiling 41 aggregate points, ending up level with the winner Hamid. But as per rules of the tournament, Hamid earned more points on the back nine and hence attained the top position. Third slot was earned by Muhammad Abid with a tally of 38 points. In the amateur category for players in the handicap category 14-18, the aspirant who ended up in glory was a talent loaded Hassan Naseem. Playing to a handicap of 18, Hassan had a great outing and ended the eighteen holes with a total tally of 40 stable ford points. Two more contenders who performed superbly in this handicap bracket net were Khalid Chaudhary and Azhar Iqbal. At the conclusion of the tournament, prizes were awarded by Fazal Jilani, Chairman of Air Sial.