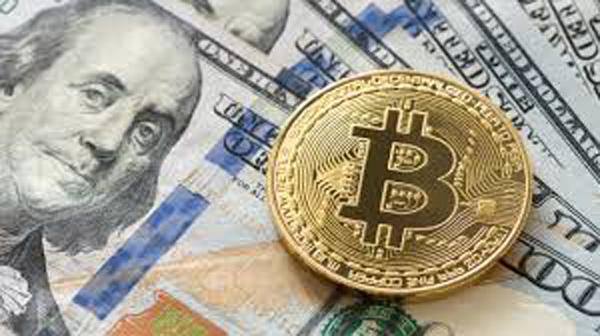 Morgan Stanley’s global strategist has made a case that bitcoin is making progress towards replacing the U.S. dollar as the world’s reserve currency. “Do not assume that your traditional currencies are the only stores of value, or mediums of exchange, that people will ever trust,” he warned governments.

Morgan Stanley Investment Management’s chief global strategist and head of emerging markets, Ruchir Sharma, published an opinion piece in the Financial Times. He explained how bitcoin is making progress towards replacing the U.S. dollar and becoming the world’s reserve currency.

The Indian investor began by recalling that when the coronavirus pandemic hit, the U.S. dollar was the world’s “reserve currency,” noting that it has been one for 100 years while other previous reserve currencies lasted about 94 years on average. “That would have been reason to question how much longer it could continue, but for one caveat: the lack of a successor,” Sharma described, noting some contenders that fall short, such as the euro or China’s renminbi.

“US officials were thus confident that, in response to the Covid-19 lockdowns, they could print the dollar in limitless quantities without undermining its reserve currency status, allowing the country to keep running large deficits without apparent consequences,” the strategist continued, elaborating: “But a new class of contenders is emerging: cryptocurrencies … cryptocurrencies such as bitcoin are being pitched by their champions as decentralised, democratic alternatives.” While pointing out that there are bitcoin sceptics, including those who prefer gold, Sharma said, “many people have bought bitcoin in bulk,” as they fear that “central banks led by the US Federal Reserve are debasing the value of their currencies.” This has boosted the price of bitcoin which has “more than quadrupled since March, making it one of the hottest investments of 2020.”

He proceeded to describe that after decades of mounting, U.S. debts to the rest of the world surpassed 50% of its economic output last year, citing that this is “a threshold that often signals a coming crisis,” according to the International Monetary Fund (IMF). Sharma added that since then, those liabilities have spiked to 67% of output as the government continued to borrow heavily under lockdown.

“The dollar’s reign is likely to end when the rest of the world starts losing confidence that the US can keep paying its bills. That is how dominant currencies fell in the past,” the strategist claimed, asserting: “Bitcoin is also starting to make progress on its ambition to replace the dollar as a medium of exchange … Money printing is likely to continue, even when the pandemic passes. Trusted or not, bitcoin will gain from widening distrust in the traditional alternatives.”

Sharma believes that bitcoin is gaining mainstream acceptance. “Today, most bitcoins are held as an investment, not used to pay bills, but that is changing,” he opined, noting that small businesses are starting to use the cryptocurrency for international trade, “particularly in countries where dollars can be hard to come by (such as Nigeria) or the local currency is unstable (Argentina).” He further pointed out that large companies such as Paypal and its subsidiary Venmo are planning to allow 28 million merchants to accept bitcoin next year.