PM terms PDM’s rally ‘pathetic’; again vows to not give an NRO 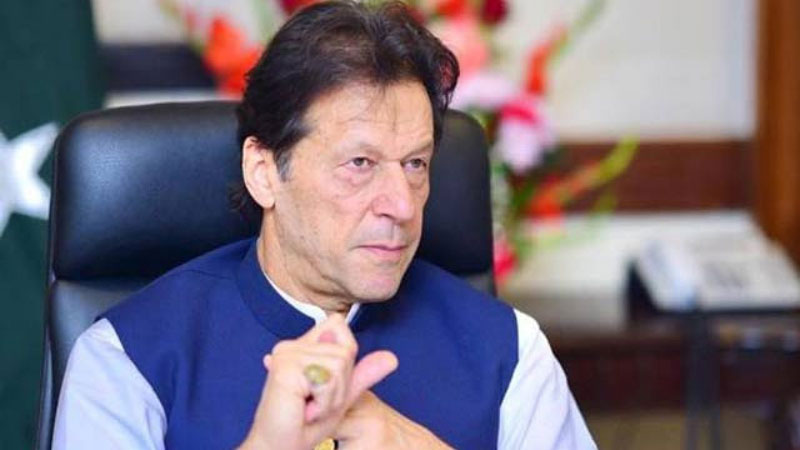 Prime Minister Imran Khan termed the Pakistan Democratic Movement rally held on Sunday ‘pathetic’ and reiterated his stance that he will ‘never give an NRO’.

The Opposition parties showed ‘scant regard’ for the safety of citizens and their well-being by holding the rally, the PM went on to say.

“All this just to blackmail me into giving them an NRO to save their looted wealth,” the prime minister said. He categoriacally said: “Let me once again reiterate: I will never give an NRO.”

“Whatever future plans of further blackmail PDM may have, my message is categorical: There will never be an NRO from my government no matter what tactics the looters devise,” the premier added.

Federal Information Minister Shibli Faraz on Sunday said that the PTI-led government, under the leadership of Prime Minister Imran Khan, is striving for Pakistan’s bright future, adding that this journey towards development will continue at the same pace.

Taking to his Twitter account on Sunday afternoon, the information minister said that the government is committed to providing relief and all possible facilities to the poor masses. Citing the reduction in sugar prices, he said that due to PM Imran Khan’s wisely-devised strategies, Pakistan’s economy has been progressing towards betterment, making the lives and livelihood of people safe.

“Despite the challenges, Pakistan’s economic indicators are positive,” he stated. “In the first half of the financial year, remittances increased by 27%, foreign direct investment by 150%, and cement production by 17%. In November, car sales increased by 68%, while sales of tractors and motorcycles also increased significantly.”

Speaking to a private TV channel, the minister said the atmosphere at the PDM’s Lahore jalsa was “as cold as weather”.

“People have used the right to vote against them,” Faraz said, adding that the opposition was unable to gather more than 10,000 to 15,000 people. “Lahore has dismissed them. Lahore has rejected Maryam Nawaz,” he commented, adding that while the atmosphere could be “heated up on the television, it was cold at the venue”.

Foreign Minister Shah Mehmood Qureshi said the Pakistani people were “not ready to be fooled by these thieves and looters” again. Speaking to the media in Multan, Qureshi said the nation has come to know the reality of their hollow and false slogans. “The political clowns who looted people have reunited once again,” he added. “The nation has blessed with an honest leadership in the form of Imran Khan after 70 years [but] the Opposition is unable digest Pakistan’s progress.

Speaking of the regimes in the past, he said the politics of ‘taking turns’ has harmed the country. “The gang of thieves wants to use the people to save their looted property. Special Assistant to the Prime Minister on Political Communications, Dr Shahbaz Gill, said the PDM’s jalsa in Lahore had “flopped”. Sharing footage purportedly from the PDM rally at 5:15pm, Gill said the jalsa of the opposition’s coalition “was buried in Lahore “.

Adviser to the Prime Minister on Parliamentary Affairs, Dr Babar Awan, said the decision of the people of Punjab was that PDM had been “rejected”. “Two months of preparation, two weeks of Maryam requesting and begging the people of Lahore [to join the PDM rally] but even their political workers did not come out let alone Lahore,” Awan said on Twitter.

The special assistant to the chief minister of Punjab, Dr Firdous Ashiq Awan, said people believed that Prime Minister Imran Khan “can get the government out of trouble”. “People think of Imran Khan as the messiah,” Dr Awan added, noting that the Opposition had no consideration for the people as it set up a political drama during the worst conditions of the ongoing coronavirus pandemic. “All these are circus players, they are jesters,” she added. “A classroom of all MNAs and MPAs was set up and their attendance marked.