Historic US vaccine campaign against COVID-19 begins with first shipments 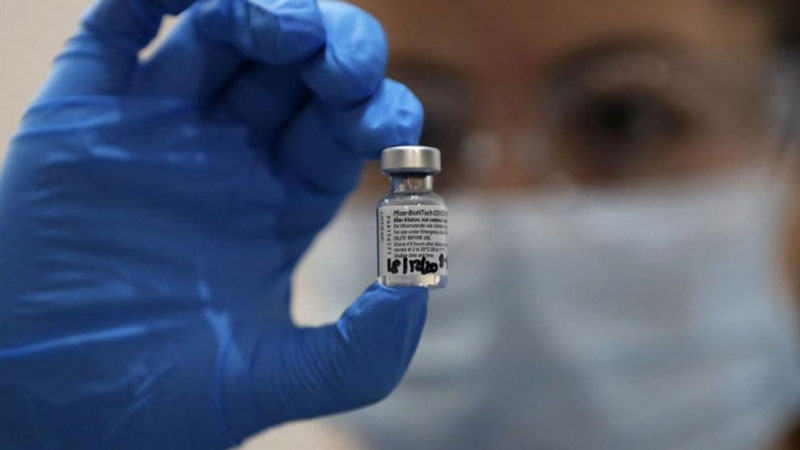 The first shipments of COVID-19 vaccine left on trucks and planes early on Sunday, kicking off a historic effort to stop a surging pandemic that is claiming more than 2,400 lives a day in the United States.

Mask-wearing workers at a Pfizer Inc factory in Michigan began packing the first shipments of the vaccine developed with German partner BioNTech SE in dry ice shortly after 6:30 a.m. ET (1130 GMT) on Sunday.

Trucks carrying pallets of boxed, refrigerated vaccine began rolling away from the Kalamazoo facility at 8:29 a.m., escorted by body armor-clad security officers in a pickup truck and a SUV. The shots then were loaded onto FedEx and United Parcel Service planes that will whisk the precious cargo across the country.

US hospitals are preparing for the first shots to go into arms on Monday, but it will take months before most Americans can get a COVID-19 vaccine. Healthcare workers and elderly residents of long-term care homes are first in line to receive the inoculations of a two-dose regimen given about three weeks apart.

More than 100 million people, or about 30% of the US population, could be immunized by the end of March, US Operation Warp Speed chief adviser Dr. Moncef Slaoui said in an interview with Fox News Sunday.

That would still leave the country far short of herd immunity that would halt virus transmission, so masks and social distancing will be needed for months to control the rampaging outbreak.

Health officials will also have to overcome widespread hesitancy about the new vaccines, with many Americans concerned the record speed at which they were developed may have compromised safety. Only 61% of US respondents said they are open to getting inoculated, a Reuters/Ipsos poll showed.

“It is however critical that most of the American people decide and accept to take the vaccine,” Slaoui said. “We are very concerned by the hesitancy that we see.”

The massive logistical effort is further complicated by the need to transport and store the Pfizer/BioNTech vaccine at minus 70 Celsius (minus 94 Fahrenheit), requiring enormous quantities of dry ice or specialized ultra-cold freezers.

Workers clapped and whistled as the first boxes headed to the trucks. The long-awaited moment comes as the US death toll was approaching 300,000 and infections and hospitalizations set daily records. Some models project that deaths could reach 500,000 before vaccines become widely available in the spring and summer. (Graphic: https://tmsnrt.rs/34pvUyi)

Slaoui said the United States hopes to have about 40 million doses of vaccine distributed by the end of December, which he said would include vaccines by both Pfizer and Moderna Inc . An outside FDA advisory panel is scheduled to consider the Moderna vaccine on Thursday, with emergency use expected to be granted shortly after.

The Pfizer/BioNTech vaccine in a large clinical trial was 95% effective in preventing illness. It is not yet known if it prevents infection or transmission of COVID-19 by those who are vaccinated.

US regulators late on Friday authorized emergency use of the vaccine, following similar moves by the UK and Canada, less than a year after the first cases were reported in the United States.

Familiar UPS and FedEx package delivery drivers are giving the vaccine top priority over holiday gifts and other parcels, as health officials plead with the public to avoid holiday gatherings following a post-Thanksgiving spike in hospitalizations and deaths. Both companies have expertise handling fragile medical products and are leaving little room for error. They are providing temperature and location tracking to backup devices embedded in the Pfizer boxes, and tracking each shipment throughout its journey.