PDM only wants to get corruption files closed 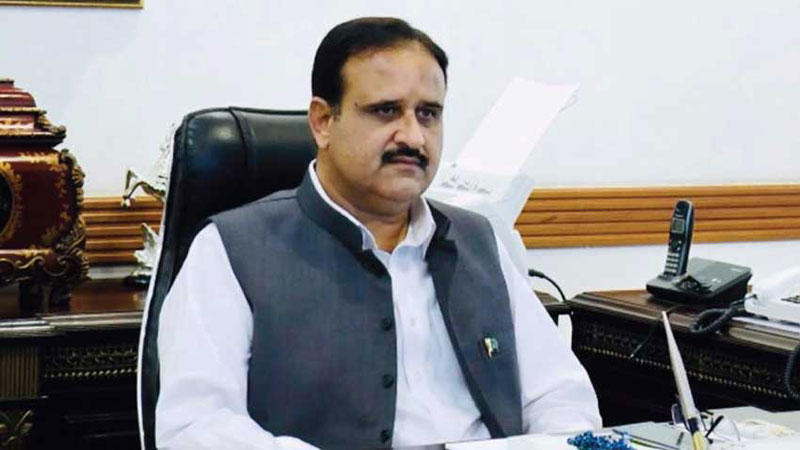 Punjab Chief Minister Sardar Usman Buzdar Sunday said the opposition leaders’ rallies had no agenda but to get their corruption cases files closed.

In a media statement here, he flayed negative politics of the opposition parties, saying that the nation had rejected the politics of chaos and anarchy.

He said that unfortunately, 11 opposition parties had made coronavirus their partner, and they were becoming the cause of spread of the virus speedily.

The chief minister said that on the one hand, the number of corona patients had been increasing in hospitals and death toll rising, and on the other hand, the opposition was only worried about completion of their negative agenda. The opposition was pushing the nation towards coronavirus just to protect their corruption, he added.

Usman Buzdar said that the opposition should keep it in their mind that their rallies and public meetings would increase the number of coronavirus in the country but their desire to get an NRO [national reconciliation ordinance] would not be fulfilled. Lawbreakers would face the legal proceedings, he warned.

Usman Buzdar asked how those who built the towers of corruption were holding a public meeting at Minar-e-Pakistan. The gathering of looters and plunderers, at the sacred place of Minar-e-Pakistan, had no value, he added.

The opposition should know that people had discarded them, he asserted. He said that neither the opposition has any vision nor it cared about people.

The government was taking initiatives for the welfare of people. Action would be taken according to the law over the public meeting, he said.

The CM said that Pakistan Democratic Movement (PDM) would always be remember for its ‘Corruption bachao and corona philao’ [Save corruption, spread corona] agenda.

The people were fully aware of negative politics of the PDM; therefore, its every public meeting was proving a failure. Defeat was, and will always be the faith/destiny of the PDM, he added.

In a statement, she said the unnatural alliance was using cheap tactics for protecting the wealth collected by them through money-laundering.

She said the opposition was a group of fools as they were not realising the alarming situation of COVID-19, she added. The fake princess of Jati Umra and her maids were creating hue and cry, she added.

Dr Firdous said that 3,351 corona patients had lost their lives so far in Punjab. She said that the negative politics of a princess, a prince, the Maulana and their cronies had been rejected by the public.

Punjab Minister for Law, Parliamentary Affairs and Cooperatives Raja Basharat on Sunday while commenting on the activities of Pakistan Democratic Movement (PDM) leaders in Lahore said that the people should witness the sympathy to the nation shown by the PDM leaders by leaving their poor workers astray on roads and taking lavish breakfasts in five star hotels. He said that the PDM political leadership was enjoying traditional Lahori dishes in the house of Ayaz Sadiq while at the same time, their workers were fighting cold and disease at the Greater Iqbal Park. He said that Nawaz Sharif had put his children outside but handed over the children of the poor to death here. Expressing regret, Raja Basharat said, “I think of the compelled mothers and sisters whose sons and brothers will be affected by the pandemic of Corona in the rally and whom these leaders are fueling their selfishness to save corruption.”

Meanwhile, Provincial Law Minister Raja Basharat along with Additional Chief Secretary Home and Inspector General Police Punjab continued to review the security arrangements and give appropriate instructions to the law enforcement agencies. The law minister also directed the police to make the security of the venue at Minar-e-Pakistan more effective and increase police patrols on the route of the rally.