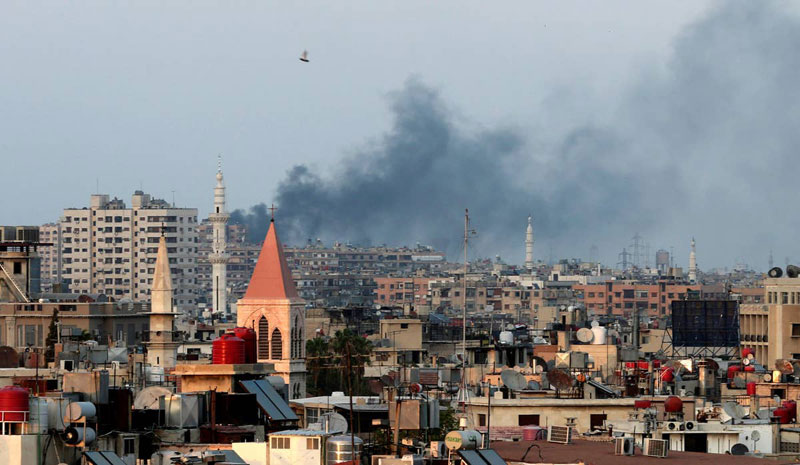 The global chemical weapons watchdog criticized Syria for failing to declare a chemical weapons production facility and respond to 18 other issues, while Russia accused the watchdog of conducting a “political crusade” against its close ally, the Syrian government.

The clash Friday came at the U.N. Security Council´s monthly meeting on Syria´s chemical weapons, where the director-general of the Organization for the Prohibition of Chemical Weapons, Fernando Arias, briefed members for the first time since May and was pummeled with questions from Russia´s U.N. Ambassador Vassily Nebenzia. Arias said seven years after Syria joined the Chemical Weapons Convention in 2013, its initial chemical declaration has unresolved “gaps, inconsistencies, and discrepancies” and “still cannot be considered accurate and complete.”

He told the virtual meeting that one of the 19 outstanding issues is a chemical weapons production facility that President Bashar Assad´s government said was never used to produce weapons, but where the OPCW gathered material and samples indicating “that production and/or weaponization of chemical warfare nerve agents took place.”

Arias said the OPCW had requested Syria to declare the exact types and quantities of chemical agents at the site, but got no response. Britain´s new U.N. ambassador, Barbara Woodward, said another unresolved issue in Syria´s declaration is the thousands of munitions and hundreds of tons of chemical agents that Syria has not accounted for. A joint U.N.-OPCW investigative mechanism accused Syria of using chlorine and the nerve agent sarin during its civil war, while the Islamic State group was accused of using mustard gas twice in 2015 and 2016.

In April this year, an OPCW investigation blamed the Syrian air force for a series of chemical attacks using sarin and chlorine in late March 2017 on the central town of Latamneh. Arias said in late October that Syria failed to meet a 90-day deadline set in July to declare the weapons used in the attacks on Latamneh and to disclose its chemical stocks. France, backed by over 40 countries, has proposed that the OPCW suspend Syria´s “rights and privileges,” which would include its voting rights in the OPCW, for failing to meet the July deadline. The OPCW´s 193 member states are expected to take up the proposal at their spring 2021 meeting.

Russia´s Nebenzia accused the OPCW of backing Western nations who tried “in vain” to topple Assad´s government with the help of opposition groups.