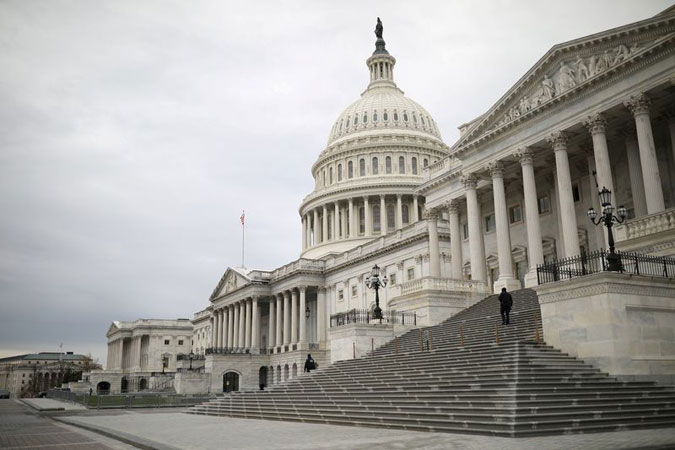 President Donald Trump, facing a midnight deadline on Friday, signed a one-week extension of expiring federal funding to avoid a government shutdown and to provide more time for separate talks on COVID-19 relief and an overarching spending bill.

The Republican-led Senate passed the bill on Friday afternoon after the Democratic-majority House of Representatives overwhelmingly approved the measure on Wednesday.

Without this legislation, an array of government programs faced partial shutdown, ranging from some airport operations to national parks and State Department activities.

With only a week before its next deadline on Dec. 18, Congress now will focus on passing a $1.4 trillion bill to keep federal operations running through September 2021.

If it fails to reach an agreement by then, Congress would either have to pass another stopgap funding bill or trigger government closures.

Meanwhile, negotiators were trying to reach a separate agreement on a new coronavirus aid bill, which they want to attach to the massive spending bill.

Months of deep disagreements remained between the two political parties over the size and shape of such a bill, which would help stimulate the U.S. economy and bolster efforts to battle COVID-19.

Senate Majority Leader Mitch McConnell, a Republican, has been pushing for a provision to shield businesses from lawsuits, which he argued are growing in the midst of the pandemic.

Democrats largely oppose that measure as they fight for new federal funds for state and local governments that face laying off police, fire and public health officials due to decreased revenues. Many Republicans are balking at this initiative.

Meanwhile, Senator Bernie Sanders, an independent, and Republican Senator Josh Hawley on Friday threatened to block another stopgap funding bill next week — if one is needed — unless they got votes on legislation providing direct payments of $1,200 for adults and $500 for children to ease economic burdens during the COVID-19 pandemic. Such onetime direct payments occurred earlier this year as part of emergency coronavirus relief legislation enacted in March.