If you want to be successful, you need to be disciplined: Sheheryar Munawar

* Talking to media, Sheheryar shared how he manages to tread the fine line between the two polar mediums, highlighting the technical differences between them 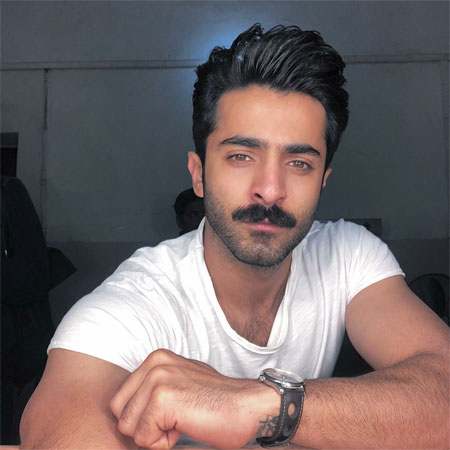 After working both on and off the screen as an accomplished actor and a producer, Sheheryar Munawar has come a long way since his debut in 2012.

The 32-year-old delivered one of the biggest local releases of 2019, Parey Hut Love, and is all set to make a comeback on television after six long years in ARY Digital’s Pehli Si Mohabbat. Sheheryar’s stint in the industry as an actor as well as a producer means that he knows how to tackle two different mediums – TV and film.

Talking to media, Sheheryar shared how he manages to tread the fine line between the two polar mediums, highlighting the technical differences between them. “As an actor, even your movements are part of your acting. When you’re studying acting or working, dialogue delivery is one thing but the movement also plays an important role. I feel that differs quite a bit,” he said.

He explained how on TV since the screen is restricted shots are taken differently. “You shoot a film shot to shot but for TV, you usually do a long master,” he said, adding how since a film is larger than life so you have more liberty to take risks. “But on TV, the screen is smaller so you have to be careful with how far you can go before risking believability.”

Referring back to his comment about the difference in dialogue delivery, Sheheryar shared that the pace differs as well. “Usually, while doing a film, you add a punch to the dialogue, but on TV, returning to it after so long, I’ve noticed that the pacing of the dialogue is a little slower.”

Having broken into the industry relevantly recently and by virtue of his work, the actor had hard-hitting advice for the younger lot looking to find a strong footing in the entertainment world. “Complete your education and only then come into this field!” he exclaimed.

Sheheryar went on to explain: “A good and complete education is perhaps even more important in this field because you become a public figure and your education shows, which helps you.” He also emphasised the importance of being in control and disciplined when it comes to your work.

“Contrary to what many may have heard, if you want to be successful, you need to be disciplined,” he said, adding, “If you have been called at nine, come in at nine with your homework done, your dialogues and scenes ready and with your research complete.”

He had one last pearl of wisdom for newcomers: “If you’re going to do this, do it wholeheartedly with hard work. Don’t just run after fame.”