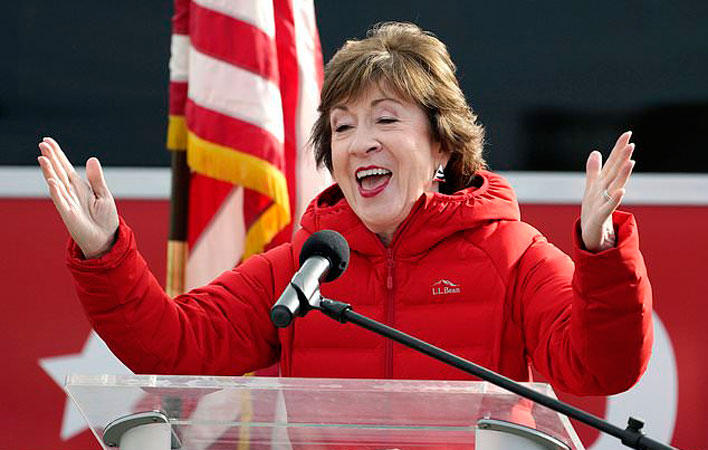 It was about more than providing virus aid. Day after day, night after night, the dozen or so senators met over pizza and Zoom calls, hammering out a framework for a $900 billion-plus COVID-19 virus aid and economic relief package. Their goal was not only to break a stubborn impasse on the pandemic aid, but to show that the old ways of doing business in Washington – in good faith, across party lines, with give-and-take – could still succeed.

Their work interjected fresh momentum toward a year-end deal. The White House jumped in with a new proposal. Congressional leaders showed interest. The gridlock seemed to be breaking.

But problems quickly flared. Details proved vexing. And by week´s end, the lawmakers involved in the bipartisan talks were admitting that the thorniest problem of all – whether companies, schools and others should be protected from virus-related lawsuits – was something they simply couldn´t solve, at least not yet. For President-elect Joe Biden, it´s a clear indication that there are willing partners in Congress for the kind of consensus building he campaigned on. Yet it´s also a cautionary tale just weeks before his inauguration, showing how difficult it will be to govern from the center at a time when members of Congress, and the country at large, find it hard to bridge the gulf between them. It also showed just how broken Congress, particularly the Senate, has become. “Everyone’s frustrated,” said Sen. Jeff Merkley, D-Ore., in an interview. “There are senators on both sides that are very frustrated that essentially the Senate has stopped functioning.” Biden has a track record of cutting deals in Congress, both as a former senator and as vice president to Barack Obama, and the new White House will be closely watched for its expected overtures to the moderates. Democrats like Sen. Joe Manchin, D-W.Va., who is known to buck his party, and newly liberated Republicans freed of Trump and eager to deliver for constituents back home will have great sway in the new year. Because the House and Senate will both have slimmer majorities, that creates opportunities for individual lawmakers to gain power by crossing party lines to tip the vote tally.