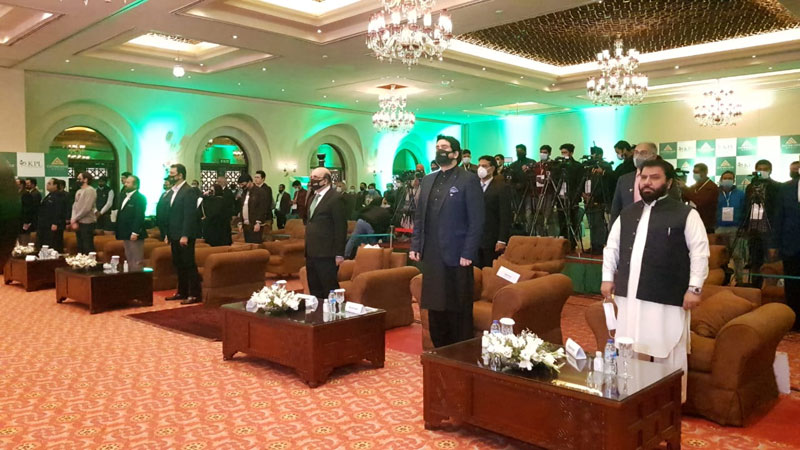 Chairman Kashmir Committee Shehryar Khan Afridi Saturday launched the Kashmir Premier League (KPL) as the first premier cricket tournament of Azad Jammu and Kashmir, vowing to initiate a series of cultural and sports events to raise the voice of the people of Jammu and Kashmir globally.

“KPL would put Kashmir on the World Sports Map. We will raise Kashmir on all forums world over. Kashmir Committee would do everything to preserve, project and promote Kashmiri identity and its culture. ‘K’ word is the buzz word now,” he said. He said Kashmir Premier League has been approved by the Pakistan Cricket Board (PCB), federal government and it has the support of the people of Kashmir and Pakistan. He said that Pakistani cricketers have become the identity of our country. He said that sports help bring people closer. “The talent of Kashmiri youth will reach the world through this league. The youth of Kashmir have to show the world how much talent it possessed,” he added.

He said that after the launch of the KPL, its second edition would feature women KPL which would provide a chance to the girls of Kashmir to come forward and play cricket. He said the KPL logo ‘play with freedom’ will resonate around the world and Pakistan will keep highlighting Kashmir at forums around the world. He also announced to appoint AJK President as Chief Patron of the KPL.

President KPL Arif Malik told the audience that the KPL would have six cricket teams including Mirpur Royals, Kotli Panthers, Bagh Stallions, Rawlakot Hawks, Overseas Warriors and Muzaffarabad Tigers. He said that the KPL management was indebted to Shahid Afridi who had agreed to act as brand ambassador for the KPL.

Shahid Afridi said that Kashmir was close to his heart and he would love to support the league whatever capacity he would be asked to. He said that throughout his cricketing career, he had played for many teams but he would love to play for the KPL which would provide him an opportunity to him to return his love he gets from the people of Kashmir. He said that recently he had visited Kashmir and was mesmerised by the beauty of the area which was justified in being called as ‘paradise on earth’.